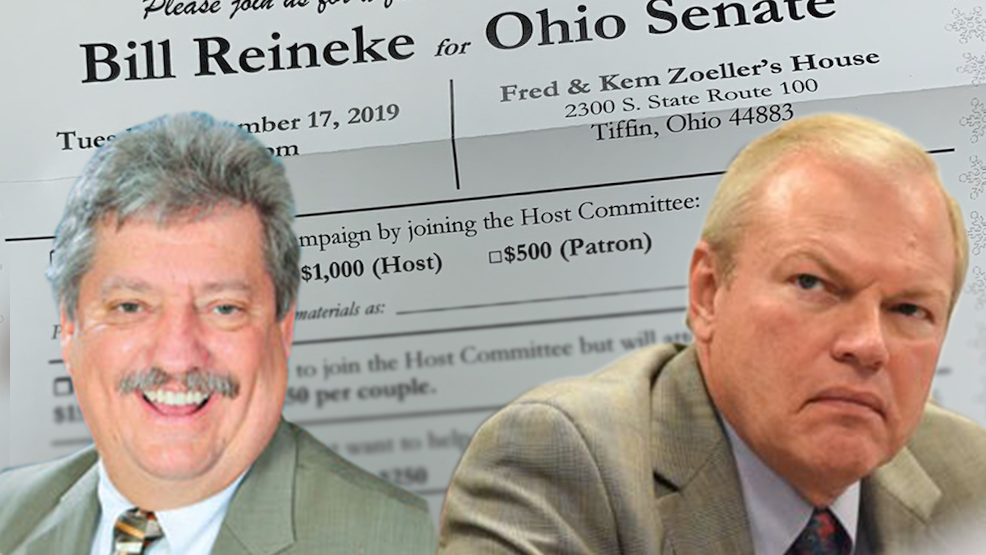 In a campaign letter sent to area supporters and paid for by Reineke’s campaign, current Seneca County Commissioner Mike Kerschner invited any supporters (with pockets deep enough to pay) to attend the fundraiser event on December 17 hosted by Zoeller and his wife, with ticket prices for the event going as high as $1,000 for the “host level” and $500 for the “patron level.”

“I hope you’ll join us in helping raise additional funds for this important race,” Kerschner wrote in the letter. “This will be a very expensive race and the campaign is continuing to work hard to raise money.”

Reineke is running in the Republican primary for the 26th Ohio Senate seat against Marysville businesswoman and conservative activist Melissa Ackison. The 26th senate district represents all or parts of Sandusky, Seneca, Marion, Morrow, Union, Crawford, and Wyandot counties.

Zoeller was elected as Seneca County Commissioner in 2012 and served until 2016.

“Bill’s incompetent campaign handlers have instructed him to STAY AWAY from the public and stick to fundraising only,” Ackison said in a Facebook post. “After the scandal and the media exposing how he treats the common folks in the district, he no-showed for public appearances, leaving voters stranded in an empty room!”

The 26th district is currently represented by Sen. Dave Burke, of Marysville, who is term-limited and cannot run for re-election. Burke has endorsed Reineke’s bid for the seat.

Ackison was recently endorsed by the Ohio chapter of Bikers For Trump as well as Wyandot County Sheriff Michael Hetzel.