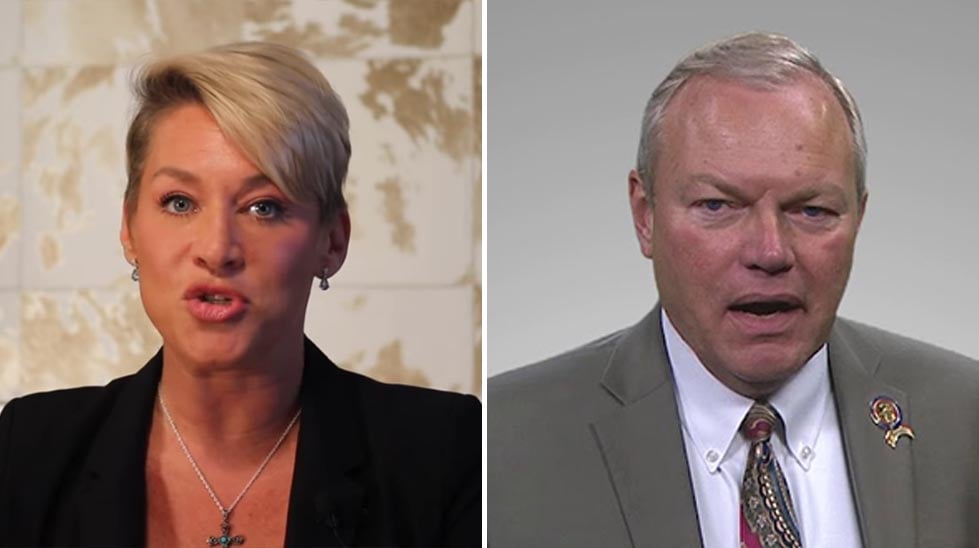 After chickening out on a debate in his 2018 re-election campaign against Democratic challenger Rachel Crooks, many are wondering if State Rep. Bill Reineke (R-Tiffin) will do the same thing as he runs for a promotion to the Ohio Senate in a heated GOP primary race against Marysville businesswoman and conservative activist Melissa Ackison.

Ackison and her campaign team have, on multiple occasions, agreed to hold a debate with Reineke.

“While Caleb did agree publicly in front of others that you and I would be able to have a public debate inviting our citizens to attend, he either blocks us on social media or he refuses to return the messages,” Melissa Ackison said to Reineke in a Facebook post.

“Why are you hiding from voters? Why won’t you agree to debate Melissa Ackison? Over the past 3 weeks numerous attempts have been made to try to contact you and your campaign,” Ackison campaign manager Gary Gates recently asked Reineke on Facebook.

“Melissa Ackison is trying to give the voters what they deserve from someone seeking their vote into office. If you won’t respond to our private requests maybe you will respond to the public’s demands. The people deserve to see you defend your stances and platform in a civil discussion as someone seeking an office to represent them in the General Assembly,” Gates said.

Multiple media outlets in the district have agreed to host a debate between Reineke and Ackison.

“We definitely want to see a debate. We can’t vote without information on candidates,” local voter Lori Poignon-Wolph said in response to Gates’ comments.

“God knows he’s going to have to invest in notecards because he can’t formulate a decent thought on his own, unless his goons tell him what to say,” Ackison previously said of Reineke. “See you on the debate stage Scrooge McDuck!”