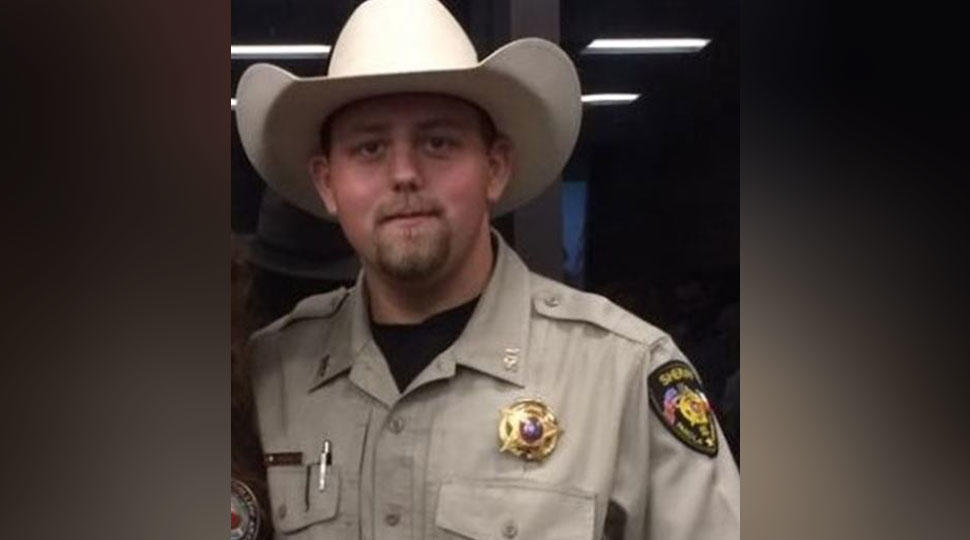 Deputy Sheriff Chris Dickerson with the Panola County Sheriff’s Office was shot and killed while making a traffic stop on FM 10 near FM 2260 in Gary City at 2:00 am.

During the stop, the driver, 47-year-old Gregory Newson, of Louisiana, suddenly exited the vehicle and opened fire with a semi-automatic rifle, shooting Deputy Dickerson six times.

Nearby residents who heard the gunshots found Deputy Dickerson in the roadway. He was transported to a local hospital where he died a short time later.

Newson fled to Shreveport, Louisiana, where he was apprehended by a police canine after being involved in a vehicle crash. He remains in custody awaiting extradition on capital murder charges.

Panola County is located on the Texas border with Louisiana. It’s about 160 miles (260 kilometers) southeast of Dallas.

Deputy Dickerson was a U.S. Army veteran. He is survived by his wife and two daughters.