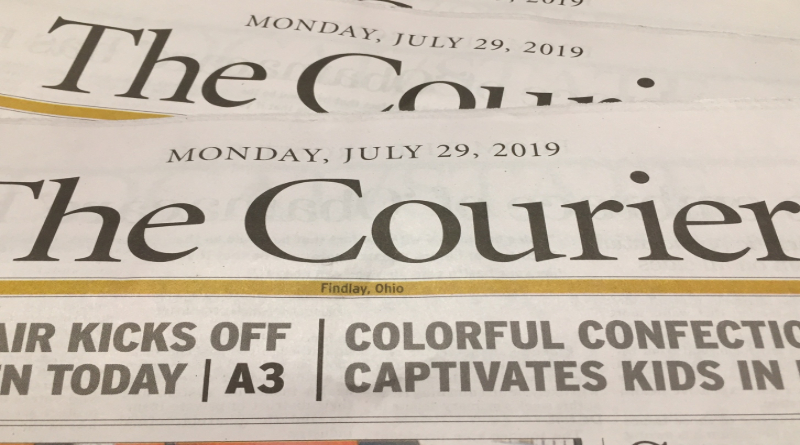 Ogden also owns the Advertiser-Tribune, where it has pumped out conservative political editorials from its West Virginia headquarters for years.

When you read an editorial in your local newspaper, your natural assumption is that it expresses the views of that paper’s staff and reflects local concerns. That will no longer be the case for Findlay and Fostoria – get ready for an Ogden employee to regularly force your hometown newspapers to print their political propaganda from West Virginia.

The Courier and Review Times are owned by The Findlay Publishing Company, which will continue to operate three radio stations in Findlay and four in Columbus, Indiana.

In addition to the five northern Ohio newspapers, Ogden Newspapers publishes The Vindicator in Youngstown along with seven other dailies in the state. The company also publishes an additional 39 daily newspapers and a number of weekly newspapers and magazines in 15 other states.

The sale of the Findlay and Fostoria papers are expected to close later this month.