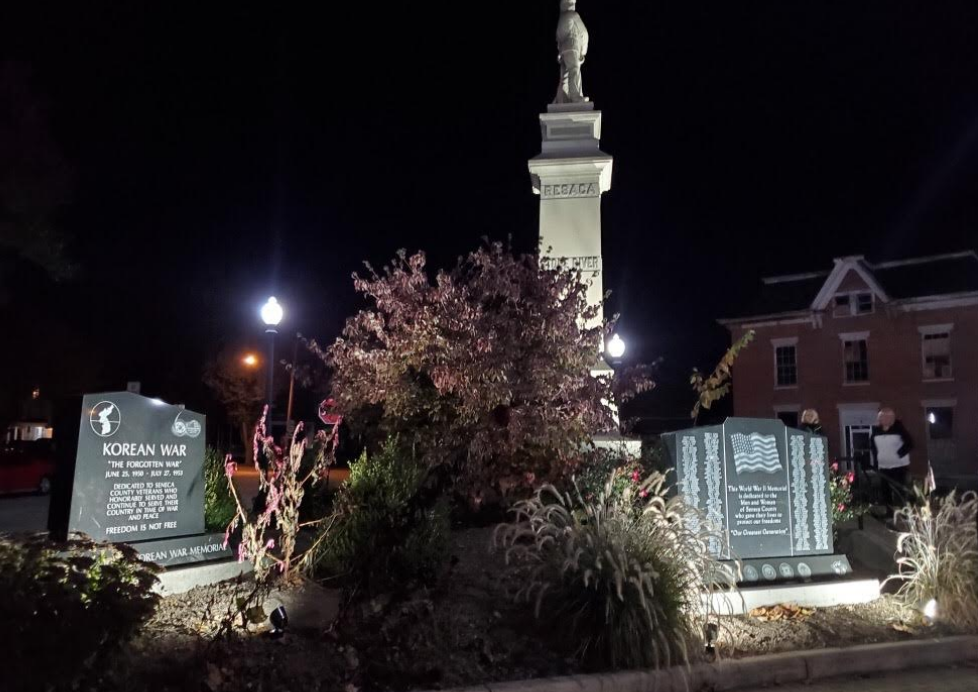 TIFFIN — A fundraiser has concluded with a $10,000 investment in Downtown Tiffin.

The Patriot Day Salute Committee collaborated with the City of Tiffin and Seneca County Veterans Services to install lighting at the war memorials along Frost Parkway, the final phase of the Sept. 11, 2016, Patriot’s Day Salute fundraiser for the Vietnam War Memorial in Tiffin.

The memorials along Frost Parkway include markers for the American Civil War, World War I, World War II, Korean War and Vietnam War.

Seneca County Commissioner Tony Paradiso, one of the event organizers, was happy to see the lights installed.

“This is a great investment in our community, and I’m grateful to everyone who contributed to the fundraising efforts and to those who participated in the Patriot’s Day Salute,” Paradiso said.

Retired Brig. Gen. Mark Scheid, who organized the event alongside the Patriot Day Salute Committee, also was pleased to see the project complete.

“I’m so proud to see this come together,” Scheid said.