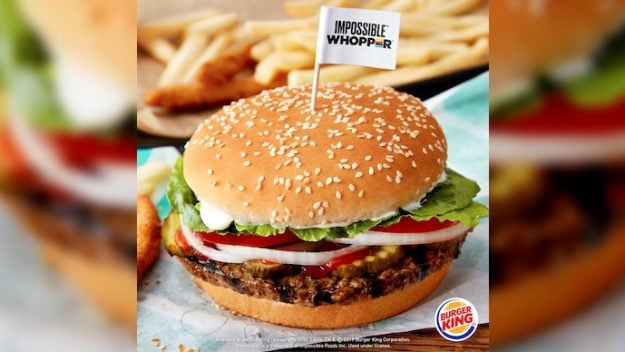 A vegan man is suing Burger King because the meatless Impossible Whopper is cooked on the same grill as meat products, the lawsuit alleges.

The class-action lawsuit was filed by Phillip Williams, according to TMZ, and alleges that an Impossible Whooper purchased in Atlanta, Georgia, was contaminated by meat residue because it was cooked on the same grill as the meat burgers.

He says it’s impossible to claim the burger is “zero percent beef” when it’s cooked on the same grill as beef burgers.

In the lawsuit, he notes that other vegans have complained about the same issue online.

He also says Burger King does not disclose its cooking practices.

Burger King told media outlets it does not comment on pending litigation.