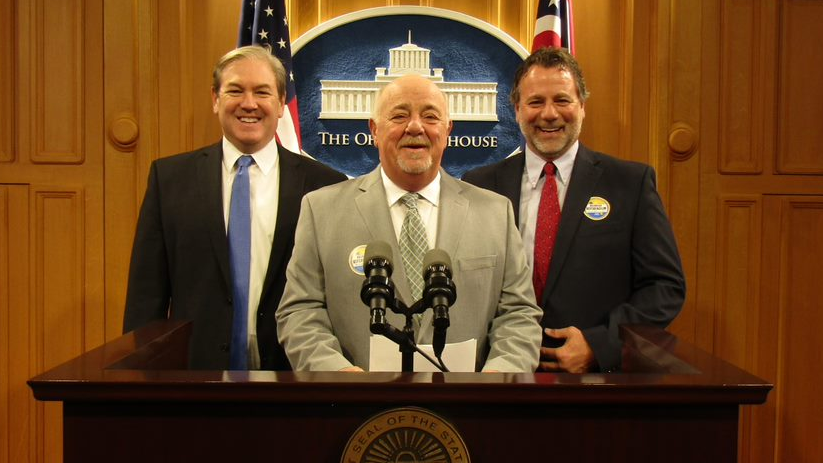 Wind companies have proposed putting up more than 200 new wind turbines in northern Ohio, including here in Seneca County. Those proposals are filed with the Ohio Power Siting Board.

The legislation from McColley and Reineke would make it so that a certificate or an amendment to an existing certificate for a project would only become effective after 90 days. During those 90 days, the local electorate in the affected township(s) would have the ability to file a petition for a referendum with the local board of elections.

The petition would require the signatures of qualified electors numbering at least 8% of those who voted in the last gubernatorial election in that township. Should the petition receive the required number of signatures, the decision will be put before the voters in the next primary or general election.

“Our intent with this legislation is to give property owners more control over what happens in their backyard,” Rep. Reineke said. “No one should be told how to manage their property by outsiders, and these permissive township referendums will allow voters to effectively voice their opinion on whether or not these projects are a good fit for their community.” 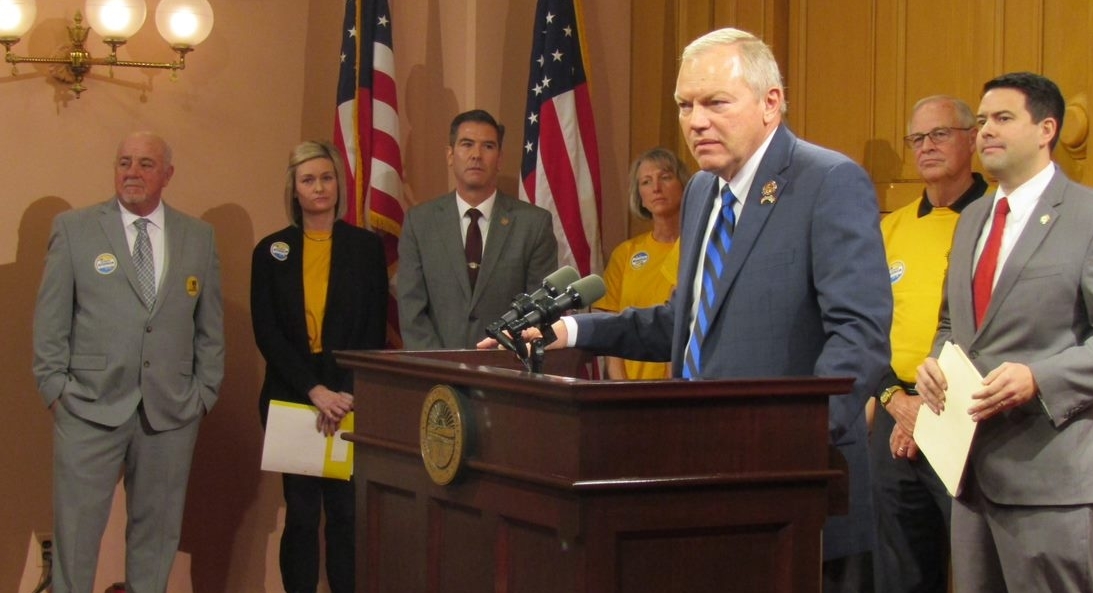 State Rep. Bill Reineke (R-Tiffin) gives a speech during a press conference at the Statehouse in Columbus Wednesday morning in front of other elected officials and concerned county residents.

“This bill represents an important step in getting power back in the hands of the people,” said Senator McColley. “The presence of wind turbines in a given area can have drastic impacts on property values, desirability, and safety; thus, local residents absolutely deserve to have a say in wind development siting, and should not just be at the mercy of bureaucrats in Columbus. I am confident that this grassroots-effort legislation will bridge the gap, and give residents the autonomy over their property and communities that they need and deserve.”

The Ohio Conservative Energy Forum, a group that advocates for energy issues from a conservative perspective, says this legislation would “impede property rights” and create hurdles for energy developers.

“Ohio has a rich history of being a leader in innovation. This proposal would send a strong signal that Ohio views the emerging renewable energy industry with hostility and would slam the door to the economic opportunities this industry provides,” said Tyler Duvelius, Ohio Conservative Energy Forum executive director in a written statement. “The government has no place trampling property rights in favor of one form of energy over another.”

State Representative Craig S. Riedel (R-Defiance) is also supportive of this legislation and signed on as a co-sponsor to the bill.

“This referendum gives local control to the townships,” Rep. Riedel added. “It allows wind development projects to move forward where they are welcome and stops projects that are not welcomed by the townships.”