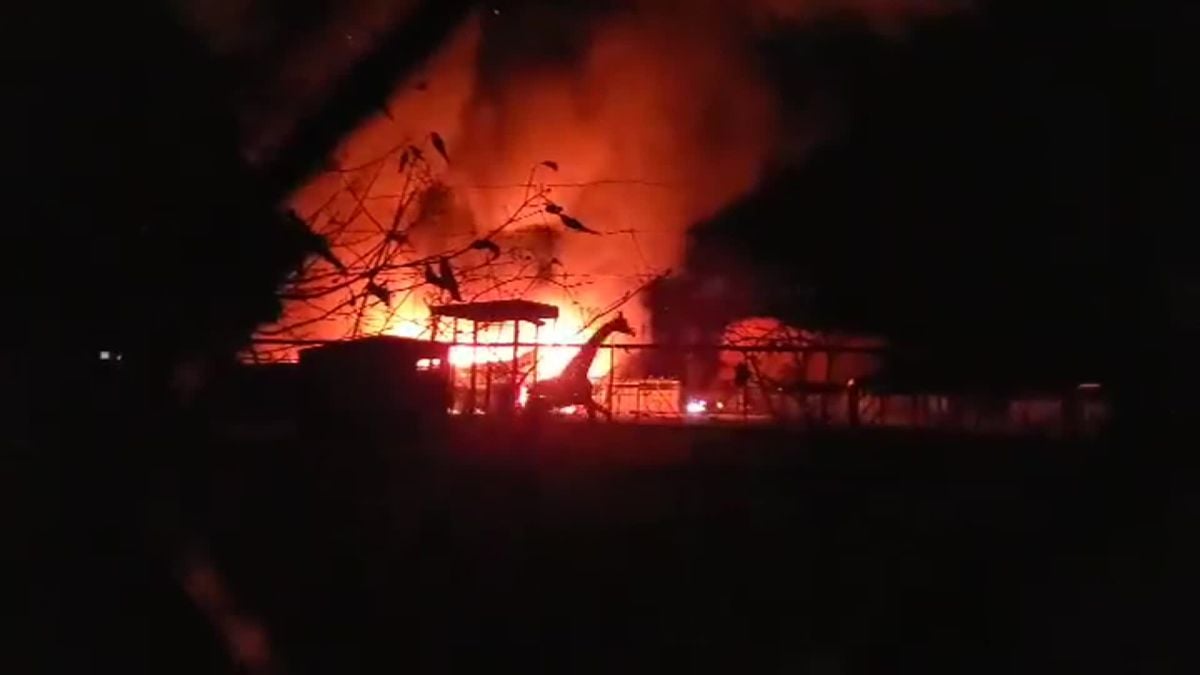 PORT CLINTON, Ohio — Ten animals, including three giraffes, are dead after a Thanksgiving fire at an Ohio wildlife park.

Holly Hunt, the owner of African Safari Wildlife Park in Port Clinton, in Ottawa County along Lake Erie, said three bongos, three giraffes, three red river hogs and a springbok were killed in the fire in a barn used for overnight care and security. Bongos and springboks are species of antelope.

“We are devastated by this loss. These are animals we cared for everyday and our team is just devastated. We appreciate the support of the community and the first responders to help us save what we can,” said Holly Hunt, a co-owner of the park.

The wildlife park is on 100 acres and was closed for Thanksgiving when the fire took place.

“It’s just gut-wrenching that this should happen,” Hunt said. “Our team works so hard every day to care for these animals.”

No staff or firefighters were injured and they were able to save a zebra out of the barn.

Officials say they have yet to determine the cause or precise origin of the fire. However, nothing at this time suggests a criminal act; it could be an accidental fire or the result of a natural disaster or weather.

Due to the devastation of the fire and the building’s total collapse, fire officials said it could take weeks to complete their investigation.

Donations are currently being accepted.