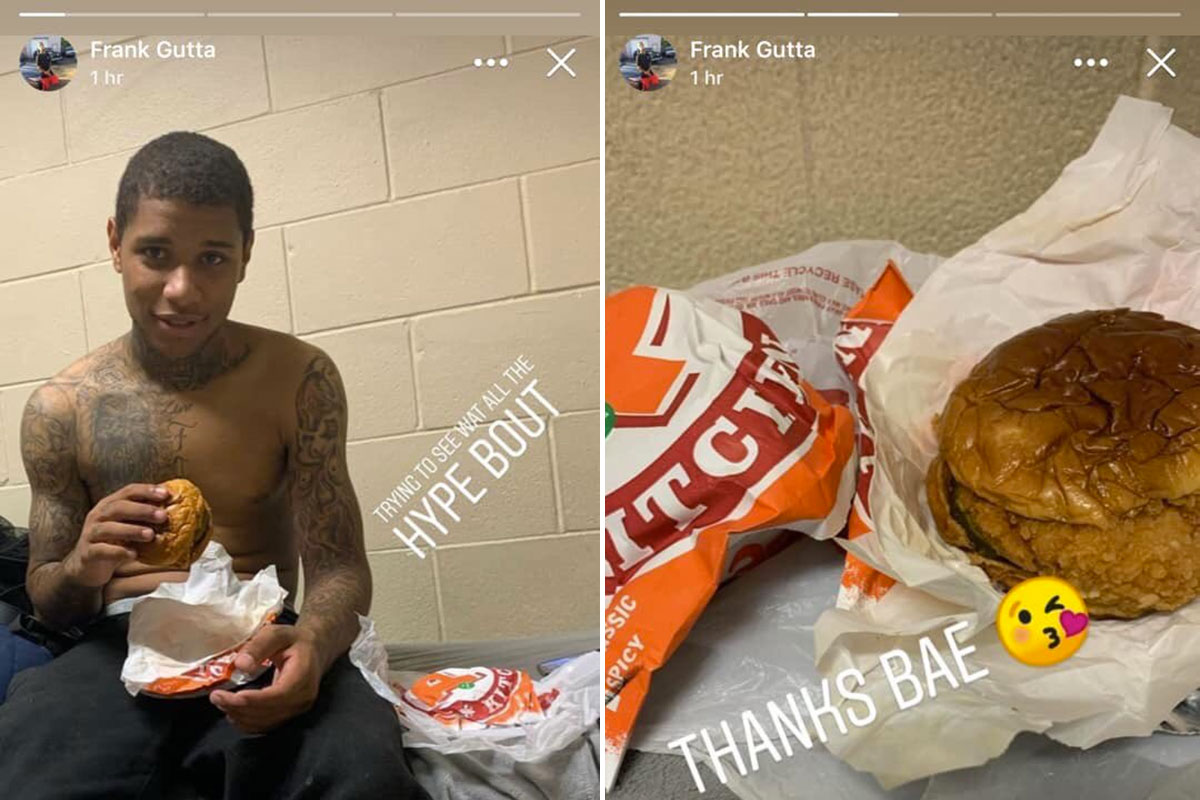 Apparently the locked up and incarcerated have no problem getting their hands on the most wanted sandwich in America right now.

An inmate has gone viral after allegedly smuggling a Popeyes chicken sandwich into prison. On Nov. 14, Twitter user @eugene3000 posted a photo of an inmate named Frank Gutta eating the chicken sandwich, according to Daily Mail.

“Trying to see what all the hype bout,” Gutta captioned the image, which was posted to his Instagram Stories. On another photo, he captioned: “Thanks Bae.”

The jail or prison where the photo was taken has not been released.

The photo has generated thousands of comments on Twitter.

“How the hell did you get the sandwich in there?” one person asked.

“U can have phones in jail??” one person said.

Since returning to the market, Popeye’s chicken sandwich has caused a frenzy as long lines at restaurants have led to arguments, violence, and even death.