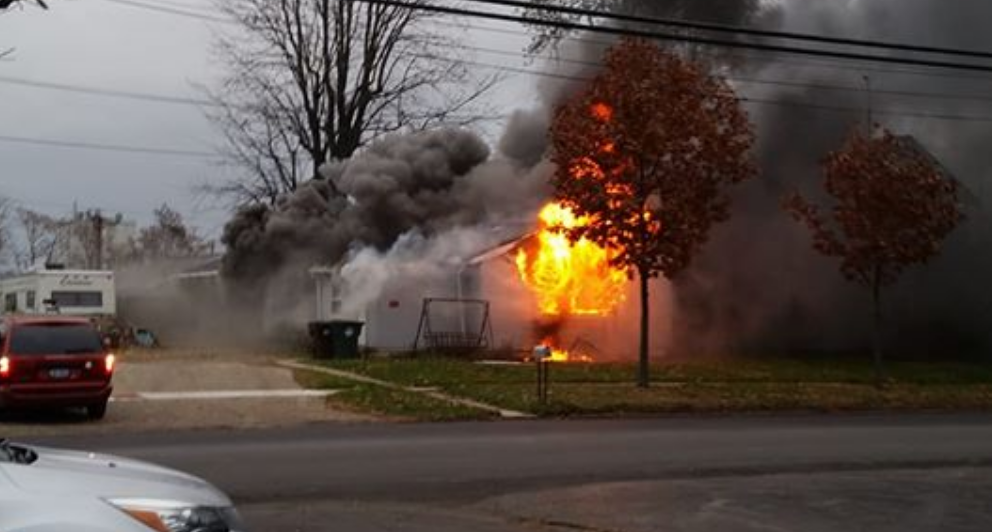 TIFFIN — A fire destroyed a Second Ave. home on Tuesday.

The fire was reported around 4:30 PM at 250 Second Ave., across from Three Oaks, according to Chief Kevin Veletean of Tiffin Fire Rescue Division.

Veletean said no one was hurt. However, the woman who lives there is searching for one of her dogs that was inside. She says she is unaware if the dog got out of the house or if it was stuck inside.

TFRD said a pit bull belonging to the woman reportedly made it out safely, but the other dog, unidentified breed, was unaccounted for.

The American Red Cross has reportedly been called in to assist with the displacement.

A photo of the missing dog was posted to the woman’s Facebook profile.

The cause of the fire is currently unknown.

This is a developing story. Follow our official Facebook page for updates on this story and more local breaking news.