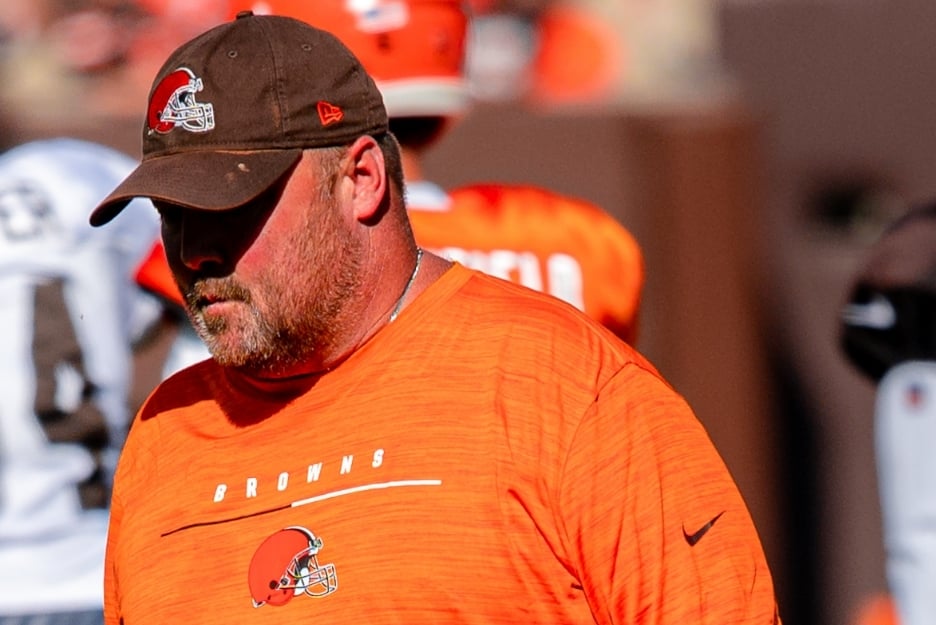 Doesn’t get much better than this! Someone spotted Freddie Kitchens rocking our Pittsburgh started it shirt tonight! Tag a friend if you can’t get any more pumped up for Sunday! The Rivalry is real!! Cleveland let’s go!!!

A post on social media Friday night shows Cleveland Browns coach Freddie Kitchens wearing a “Pittsburgh started it” T-shirt — a reference to the Browns-Steelers brawl that led to an indefinite suspension for Cleveland defensive end Myles Garrett and more than $730,000 in fines.

A Browns spokesman told ESPN’s Adam Schefter that Kitchens’ daughters gave him the shirt “as a joke” and that he wore it to see the film “A Beautiful Day in the Neighborhood” with his family. The Browns said Kitchens did not intend for anyone to see it and “understands it’s not a good look.”

GV Art & Design, which sells the shirt, was among those posting the image of Kitchens wearing the shirt while posing for a photo with another man.

Kitchens, while he did not use it as an excuse for Garrett’s actions, did say he believes the defensive end’s allegations that Rudolph used a racial slur that set him off.

“I will say this about Myles’ character: If he tells me something, I am going to believe it,” Kitchens said last week.

The Browns and Steelers meet for the second time this season on Sunday.