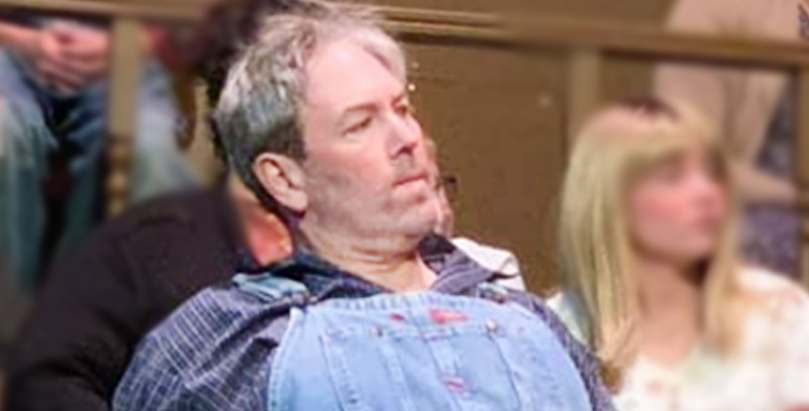 TIFFIN — All eyes were on Seneca County Commissioner Shayne Thomas as played the role of Bob Ewell in the first showing of To Kill A Mockingbird at Tiffin’s historic Ritz Theatre on Friday.

The production, which is adapted from the Pulitzer Prize-winning novel, To Kill a Mockingbird, opens in a sleepy Alabama town in the midst of the Great Depression, where Scout and her brother, Jem, live with their widowed father, Atticus Finch. Reminiscent of a bygone era, the play immerses us in a simpler time as the children play outside in the summer, act out stories and muse about their mysterious neighbor, Boo Radley.

The facade of the seemingly peaceful town begins to crack when a young black man is accused of a terrible crime. Driven by an unshakeable moral conviction, local lawyer Atticus defends the man in a trial that sends violent waves through the community. Timeless and lingering, this hard-hitting work explores prejudice, compassion and the courage to do what is right.

Those who missed the Friday showing still have plenty of opportunities to see the show.

The production is to premiere again on October 26 & November 2 at 7:30 PM, and November 3 at 2:00 PM. To buy tickets and view the full cast list, click here to go to the Ritz Theatre website.

Thomas, a Republican who has served as Seneca County Commissioner since 2016, has reportedly been mulling a bid for State Representative of Seneca and Sandusky counties, ever since term-limited State Rep. Bill Reineke (R-Tiffin) announced his intentions to run for the Ohio Senate next year, according to a source familiar with his line of thinking.

Thomas is now beginning to collect petition signatures and plans to make an announcement regarding his candidacy “within the next 30 days or so,” the source said.

So far, the only two candidates who have announced a Republican primary campaign for seat are: Ed Ollom, an environmental engineer from Fremont, and Gary Click, the controversial pastor from the Fremont Bible Baptist Temple who was caught on video getting in the face of a fellow Republican candidate at a local fair.

Click failed to gain traction and came last in a three-way primary for Sandusky County Commissioner in 2016. The pastor, whose only other stated experience is being a community theater actor, says he believes “God chose him” to run for the position.

“I do not believe pastor Click is the ‘chosen one’,” Ed Ollom told the Fremont News-Messenger.

If Thomas indeed launches a bid, it would set up a primary battle with Click and Ollom.

Thomas, a former banker and businessman, has served as a Seneca County Commissioner since 2016. While Click has no reported business experience, Thomas has negotiated multi-year/multi-million dollar contracts as well as made multi-million dollar loans, a key difference that could be a centerpiece of the primary battle when/if Thomas decides to launch a campaign.