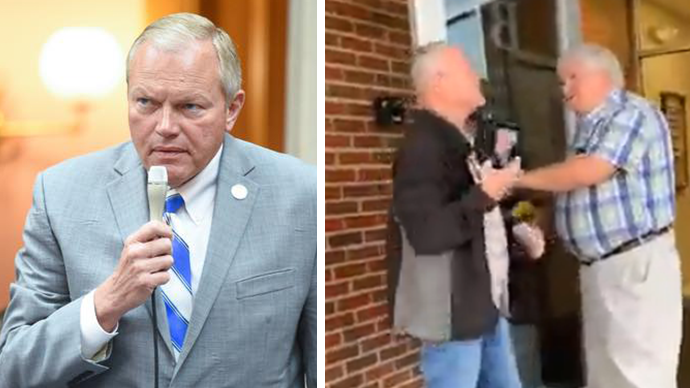 The public event, which was held Monday evening at a government-owned building located at 619 W. Marion Rd. in Mount Gilead, featured U.S. Representative Troy Balderson (R-Zanesville) along with Bill Reineke, the current state representative for Seneca and Sandusky counties who is running in the Republican primary for the 26th district Ohio Senate seat.

A Facebook Live video from Sarah Cleveland, a Morrow County resident who describes herself as a conservative anti-abortion “abolitionist,” shows multiple people getting forcefully removed from Reineke’s meet & greet event.

Reineke is running in the Republican primary against Melissa Ackison, a conservative activist and small businesswoman from Marysville.

The video shows Cleveland’s hand being pushed by Brenda Harden, the Morrow County campaign chairwoman for Bill Reineke, as Cleveland was recording at the public venue. 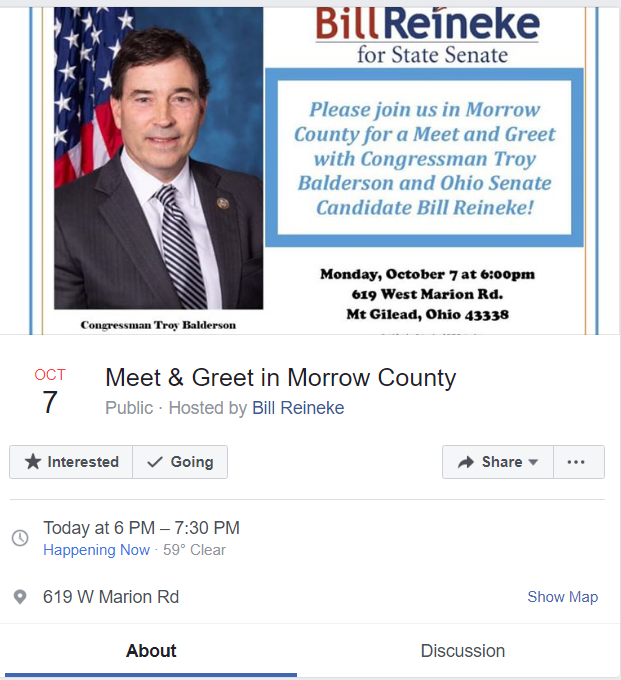 The video also shows Larry Harden, Brenda Harden’s husband, pushing a man, identified as Ackison’s Marion County campaign co-chair, Tracey Cooperider,, as he was trying to get into the event to meet Reineke and ask questions.

The Hardens reportedly serve on the Morrow County Republican Central Committee together.

The video then shows police showing up to the venue in response to a call from one of Reineke’s staffers, who called after the individuals were kicked out.

Upon learning of the situation, Reineke’s opponent in the Republican primary, Melissa Ackison, condemned the forceful removal of the constituents: “My opponent threw out patriots, veterans and foster parents who showed up to meet Bill Reineke and ask questions.”

At the conclusion of the event, which was listed as a public event on both Reineke’s Facebook page and his campaign website, Reineke was reportedly escorted by volunteers as he “squirmed out” of the back door of the venue and quickly jumped into a vehicle in order to avoid contact with constituents who had tough questions for him.

It was unclear if any charges were filed as a result of the incident.

Attempts to reach Reineke’s campaign for comment were not returned as of Monday evening.