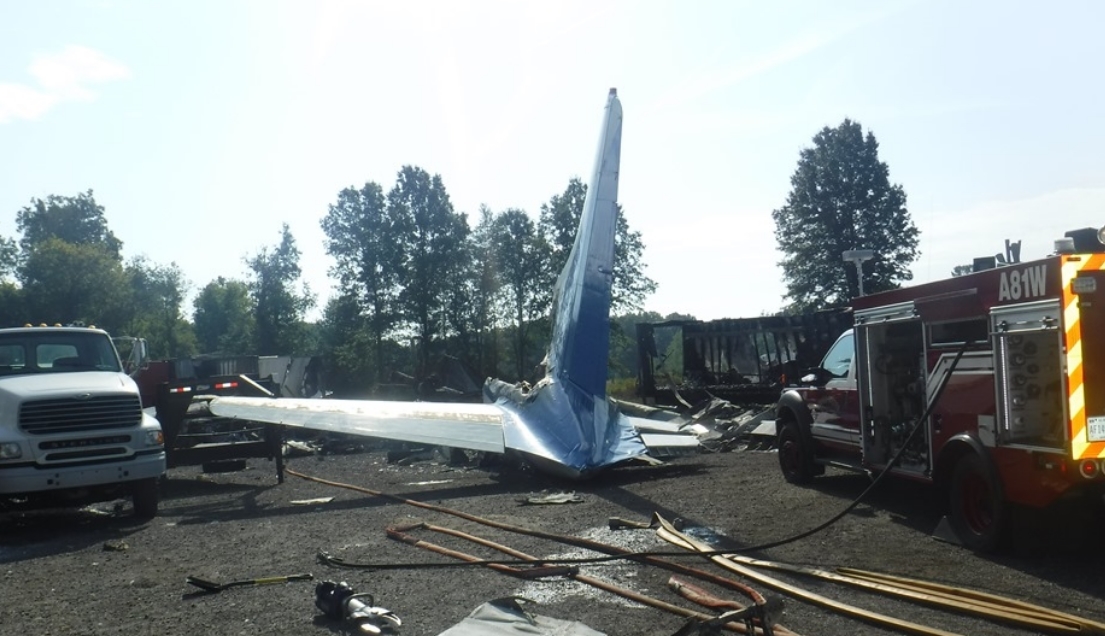 LUCAS COUNTY, OH — The Ohio State Highway Patrol is investigating a cargo plane crash in Springfield Township in Lucas County. The plane had two people on board at the time of the crash and both were pronounced deceased at the scene. No other injuries on the ground have been reported.

At 2:44 a.m., the Patrol was notified of vehicles on fire near Interstate 80, in close proximity to Toledo Express Airport. Troopers from the Toledo Post arrived on scene and reported a plane crashed near 10101 Garden Road, the site of a trucking business.

The plane, a Convair CV-440, was owned by Barker Aeromotive, Inc., and was loaded with automotive parts. Troopers worked with law enforcement officials in Texas notify next of kin. Crew members were identified as Douglas R. Taylor, 72, and Donald C. Peterson Sr., 69, both of Laredo, Texas.

The National Transportation Safety Board has been notified and will be on scene later this afternoon.