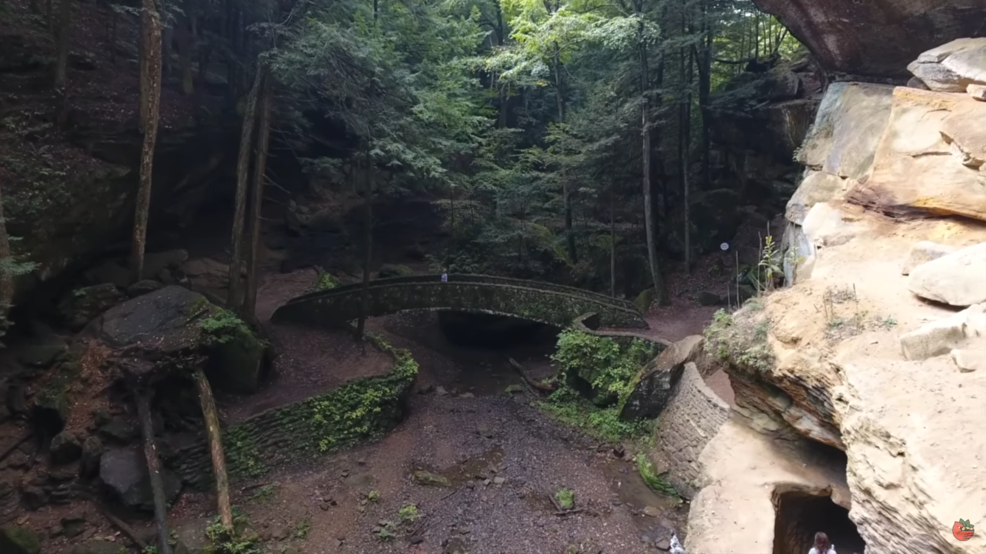 HOCKING HILLS, Ohio — A Chillicothe woman has died after being struck by a “falling tree branch” at Old Man’s Cave in the Hocking Hills Monday afternoon, authorities confirmed.

But a new report says the woman’s death might not have been accidental.

Victoria Schafer, 44, was on the stairs near Old Man’s Cave when she was struck by a falling tree branch around 5:30 PM, Ohio Department of Natural Resources officials said.

The news hit hard in the small town of Chillicothe. According to WBNS, Schafer had her own photography business, capturing life’s biggest moments.

Schaad Johnson, a supervisor with the Ohio Department of Natural Resources, told WCMH Channel 4 that investigators have information indicating the section of tree that hit Victoria Schafer, 44, “did not fall by natural means.”

“This is a tragedy and our deepest sympathies are with Mrs. Schafer’s family and friends during this difficult time,” ODNR Director Mary Mertz said. “The safety of our guests is ongoing so that we gain a clear understanding of what happened.”

More than photography, Schafer loved her family. She is survived by her husband and four children.

Officials with the ODNR say they are still investigating the incident. It’s the third death in the Hocking Hills since June of this year. Last week, a 22-year-old died after falling off a cliff.