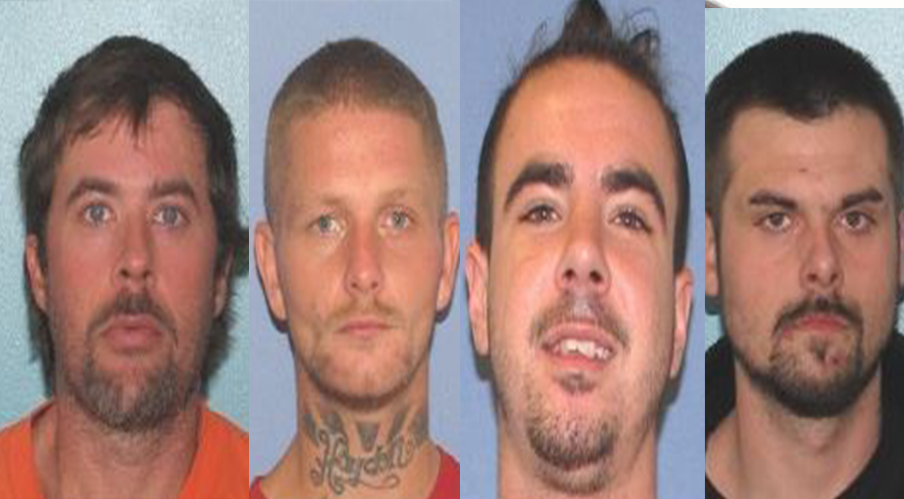 Three of four men who escaped an Ohio jail after overpowering two guards have been captured at a Red Roof Inn in North Carolina, authorities said early Monday.

The fourth escapee, 29-year-old Lawrence R. Lee III, was still at large, according to authorities.

Cary, North Carolina, is about 380 miles southeast of Gallia County in Ohio.

At approximately 12:14 AM on Sunday, the four male inmates overpowered two female corrections officers with a homemade weapon at the Gallia County Jail. The four inmates were successful in opening a secured door and escaped.

Cary police said they were notified by the North Carolina Highway Patrol shortly before 2 a.m. Monday that the four fugitives were believed to be in the area of a Red Roof Inn. Responding officers captured three of the four men without incident, police said.

Lee, who is still at large, was in jail for assault as well as identity fraud. Police have asked the public to be on the lookout for a thin white male with short dark hair and facial hair, sporting a tattoo sleeve on his right arm, and last seen wearing a black t-shirt and pants.

The U.S. Marshals Service was offering a reward of $2,500 per inmate for information leading to any of the fugitives’ apprehension, Gallia County Sheriff Matt Champlin said.