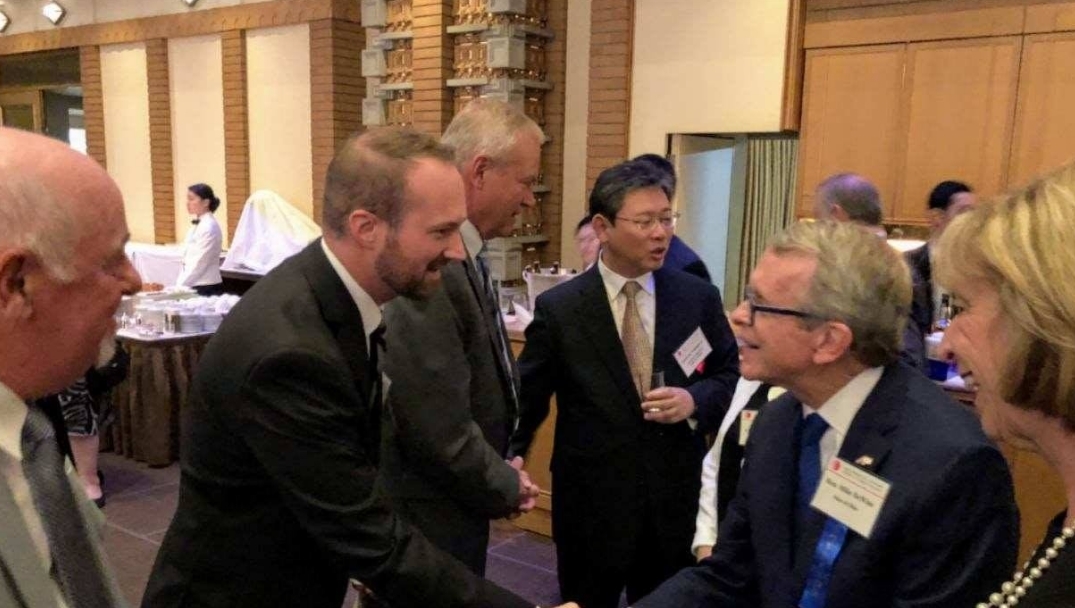 Governor Mike DeWine, Tiffin Mayor Aaron Montz, State Representative Bill Reineke, and Seneca County Commissioner Mike Kerschner are among the officials that are in Tokyo for the Midwest-US Japan Conference.

“Great time spending the day with Ohio Governor Mike DeWine and First Lady Fran, as well as former Findlay Mayor and current head of the Ohio Department of Development Lydia Mihalik, and many others from the State of Ohio at the Midwest-Japan Association conference today in Tokyo,” Montz said Monday.

“We heard phenomenal speeches from several Japanese Governors along with the Japanese Foreign Minister, five United States Governors, and many others. One of the best presentations came from the President of Toyota as he discussed the future of the automotive industry, to which Tiffin’s economy is heavily tied,” Montz continued.

“Excited to see what tomorrow’s presentations have in store for all of us as we have already made many connections and established some strong potential friendships as we plan for the future of Tiffin and Seneca County,” Montz said.