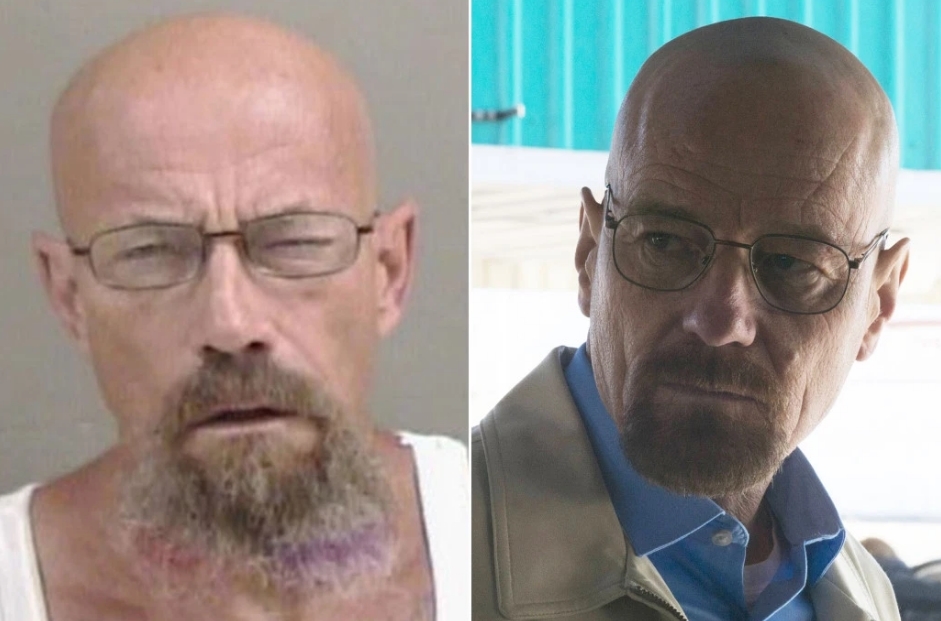 A mugshot of a wanted Illinois man has fans of the hit show “Breaking Bad” doing double takes.

Police in Illinois put out a poster of a fugitive who looks almost identical to the TV show’s lead character, Walter White — and who was busted for possession of meth, just like his TV lookalike, according to KWQC.

Todd W. Barrick, 50, sports the same bald head and similar facial features as White, including the distinctive goatee, and is also 50 years old, the same age as the character when the TV series begins.

According to the Galesburg Police Facebook page, they posted Barrick’s booking photo because he is wanted for probation violation related to possession of methamphetamine.

“Well, I guess we have a spoiler for the Breaking Bad movie,” Amber Hendricks joked, while Nathan Courson said, “Brian Cranston is looking rough.”

In the TV show, the character of Walter White is a chemistry teacher who becomes infamous for manufacturing meth.

Barrick is wanted for a probation violation related to possession of methamphetamine, KWQC said, and was still at-large as of Monday afternoon. Anyone with information on his whereabouts can contact Galesburg Police at (309) 343-9151.