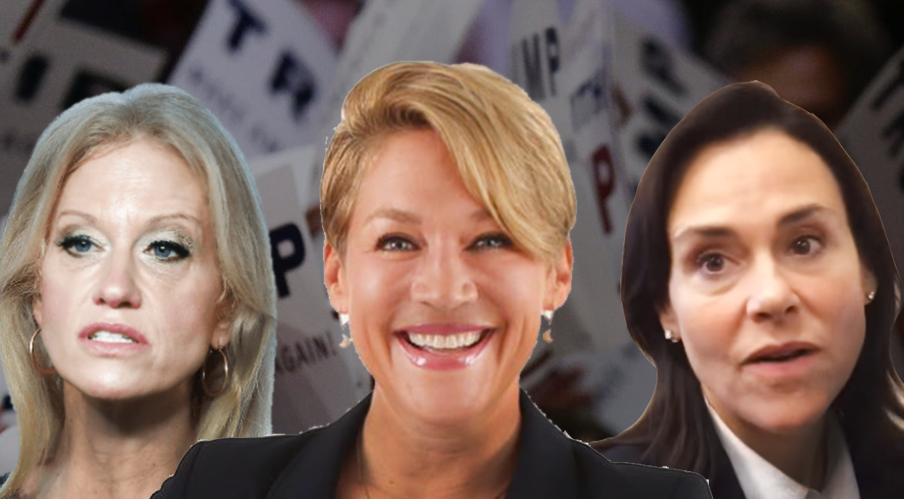 Conway sat down with Ohio GOP Chairwoman Jane Murphy Timken at the party’s annual dinner, where they discussed the issue of needing more female candidates, among other things, while hundreds of Ohio Republicans watched and listened.

“The No. 1 impediment for many women not running for office is nobody’s ever asked them to do it,” Conway said. “Guys, I love you, but you wake up every morning and you see a senator in the mirror. Women have to be asked, they have to be told ‘You’d be really great for that commission seat’ or ‘You’d make a fantastic mayor’ or ‘You should run for the school board’ or ‘What about Congress?’”

Now, Marysville small business owner and longtime conservative activist Melissa Ackison, who is running in the Republican primary to represent the 26th district in the Ohio state senate, is calling on Ohio GOP chairwoman Jane Timken to meet with her following Conway’s visit to Ohio.

“It was so exciting to have Kellyanne Conway, special advisor to President Donald J. Trump, in Ohio over the weekend at the Ohio Republican Party State Dinner,” Ackison said in a Facebook video posted Tuesday.

“She carried the message that both her and President Trump want to see more talented women running for public office. I could not agree more,” Ackison continued. “And I want to play my part in helping recruit Republican women to run for office. Today, I wanted to send an invitation to Chairwoman Jane Timken of the ORP to meet so we can discuss how we can work together to make President Donald Trump’s dream a reality.”

Ackison then went on to say that she hopes Timken “has an interest to do more than just give lip service to the subject.”

“Jane, I look forward to seeing you—there’s so much we can accomplish together for our Party and for our state,” Ackison said.

“I’m deeply disturbed by the tone of your email to one of the very few women running for office,” Ackison replied to Secaur, adding that she is also disappointed with how “top level leadership” of the party is handling “sexist, misogynist, and racist religious leaders within the Republican Party,” referring to controversial Fremont pastor Gary Click who is running for a seat in the Ohio House of Representatives.

“You give the left all the ammunition they need to believe the way they do about Republicans,” Ackison told Secaur.

The 26th state senate district includes all or part of Seneca, Sandusky, Wyandot, Union, Morrow, Marion, and Crawford counties. Ackison is facing off against State Rep. Bill Reineke (R-Tiffin) in the Republican primary for the senate seat.