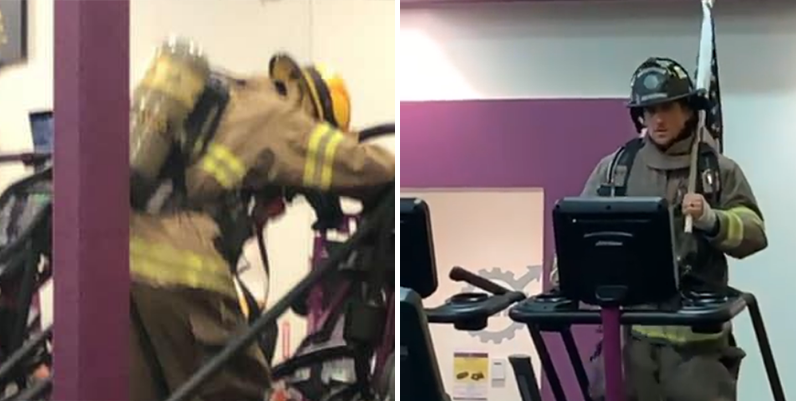 “Today at the Findlay Planet Fitness around 9am a local firefighter paid tribute to the FDNY firefighters that climbed the stairs to help those who were on the 78th floor,” one Facebook post said.

“My husband called 2 places to also do this and was told no he had to have a membership. He didn’t let that stop him he went to the stadium and walked the stairs there,” one local woman commented on the photo.

Comments started pouring in on the photos with people thanking the firefighters and first responders for their service.

“Beautiful act to do this, thank you!”