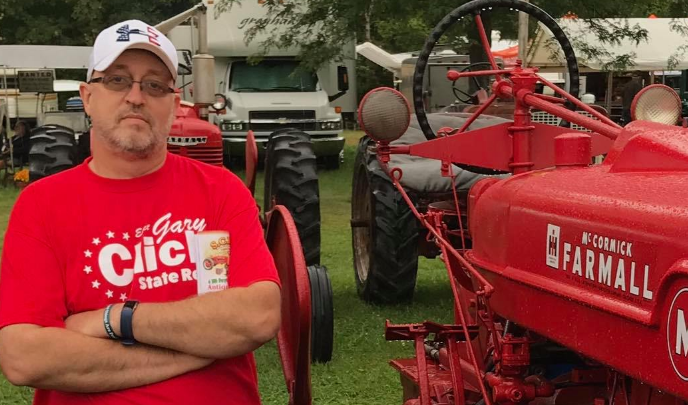 FREMONT, OH (TiffinOhio.net News) — Controversial Fremont pastor Gary Click is struggling to pick up support for his candidacy to be the next state representative of Sandusky and Seneca counties, according to two people familiar with his campaign.

One of the sources, who serves as a committee member of the Seneca County Republican Party, told TiffinOhio.net News that Click, a Republican, “isn’t clicking” with most Republicans in the area.

“I’d say he’s definitely off to a rocky start,” the committee member, who asked not to be named due to fear of retribution, said. “He doesn’t have the experience or temperament to serve in that position.”

This comes after the Seneca County Republican Party chairwoman, Vanessa Treft, could be heard on leaked voicemails blasting Click’s candidacy, saying, “He’s only doing all this bullsh*t for his own personal gain, and I’m f**king tired of it.”

In addition, following statewide media reports just a few weeks ago of Click “getting in the face of” and berating GOP Ohio Senate candidate Melissa Ackison, current State Rep. Bill Reineke (R-Tiffin) has distanced himself from the pastor.

“Mr. Click was not asked to attend the fair on behalf of our campaign and does not represent the campaign,” the statement from Reineke’s campaign said.

Click is running to succeed Reineke as the 88th district state representative, which includes Seneca and Sandusky counties. Reineke is currently running for State Senate.

So far, Click is the only announced candidate in the race for state representative in the 88th district.

Click’s behavior received statewide backlash, with many asking “how a pastor could act so cruel.”