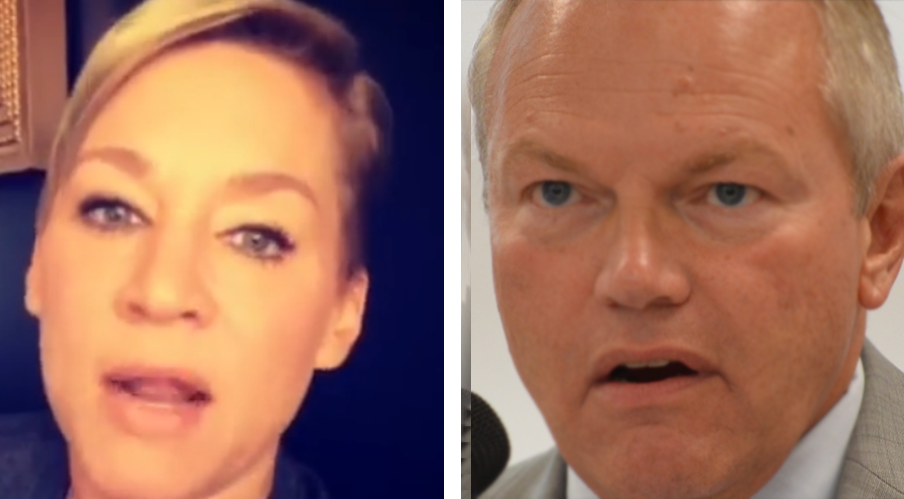 “Why did I get an e-mail last night from my opponent’s attorneys in an attempt to stifle me from having a relationship with the Tiffin paper, or to intimidate me?” Ackison asked in the video.

Ackison’s video comes after she received an e-mail from Bill Reineke’s attorneys, which she says is an attempt to intimidate her from speaking to the press.

The 26th senate district includes all or part of Sandusky, Seneca, Wyandot, Crawford, Morrow, Marion, and Union counties, a district that Ms. Ackison referred to as “God’s country.”

Ackison says she is running on a conservative platform.

“As a victim of Obamacare and as advocate for others in my position, I have a deep and very personal mission to overhaul the healthcare system. Free market design and marketplace competition coupled with patient centered insurance regulations are the only way to give the American people freedom of choice for their healthcare needs,” Ackison said of healthcare, one of her major campaign issues. “As the Justice for All candidate, I am pro-life and am steadfast in my convictions. Joining the popular support of organizations performing barbaric procedures to our women is something I will never endorse.”

“[Reineke] has ZERO major legislative accomplishments under his belt as a state rep, is rated as a “somewhat conservative” and is another wealthy stately looking gentleman (not that I ever expect any level of diversity),” Ackison said in a previous statement.