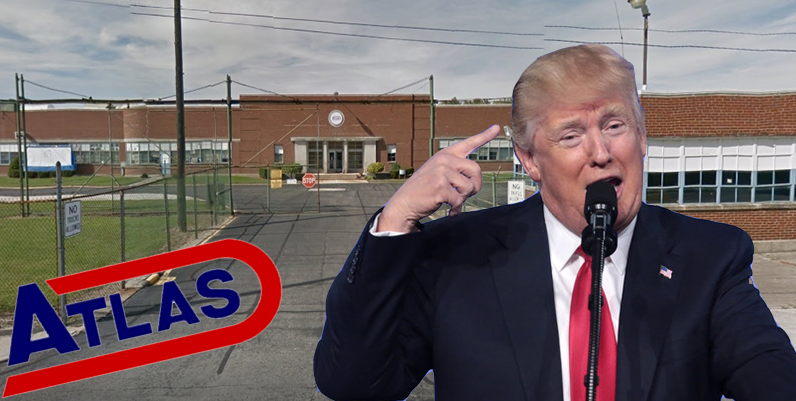 Throughout his campaign for President, Donald Trump promised to bring jobs in manufacturing and other areas that had been transferred overseas back to the United States.

But as some Tiffin and Fremont workers saw firsthand on Friday, it hasn’t exactly worked out that way.

In Mr. Trump’s first two years in office, companies announced plans to relocate just under 145,000 factory jobs to the United States, according to data and modeling by the Reshoring Initiative, a nonprofit group.

That is a record high in the group’s data, which dates back to the late 1980s, but it adds up to less than one month of average job gains in the United States in its decade-long expansion. More than half of those jobs — about 82,000 — were announced in 2017, before Mr. Trump’s tax cuts took effect, according to The New York Times.

Workers at the Atlas Industries plants in Tiffin and Fremont were notified Friday that they would be losing their jobs as the plants are closing.

Moreover, the Reshoring Initiative data show fewer than 30,000 jobs that companies say they will relocate to the United States because of Mr. Trump’s tariffs on imported steel, aluminum, solar panels, washing machines and a variety of Chinese goods. Researchers at A. T. Kearney said last month that Mr. Trump’s trade policies, including tariffs, had pushed factory activity not to the United States but to low-cost Asian countries other than China, like Vietnam.

Trump has repeatedly boasted about bringing manufacturing jobs to the U.S., even easing regulations to encourage the return of factory jobs across the country. During an October 2016 campaign rally in Warren, Michigan — the site of a transmission plant that will cease production in 2019 — Trump vowed, “If I’m elected, you won’t lose one plant, you’ll have plants coming into this country. You’re going to have jobs again. You won’t lose one plant — I promise you that.”

Atlas Industries is surely not the only company closing plants in Ohio. For years, the General Motors plant in Lordstown, Ohio, employed 8,000 workers in the Mahoning valley.

Then, late last year, GM abruptly shut the plant. The company had already scaled back workers at the Lordstown plant, and this closure saw 1,500 workers, the last of the once huge workforce, out of their jobs.

The closing of the Lordstown factory came after GM said it would cut 14,700 jobs across four plants in the midwest and Canada. That announcement, in November 2018, was in stark contrast to Trump’s election pledge to bring back auto jobs to the region.

All of this means that it was never realistic to believe the President when he promised as a candidate to bring jobs back to the United States. In most cases, those jobs are gone and unlikely to come back. Of course, the President will never admit this and his supporters are going to continue to believe his lies about the rebirth American manufacturing.