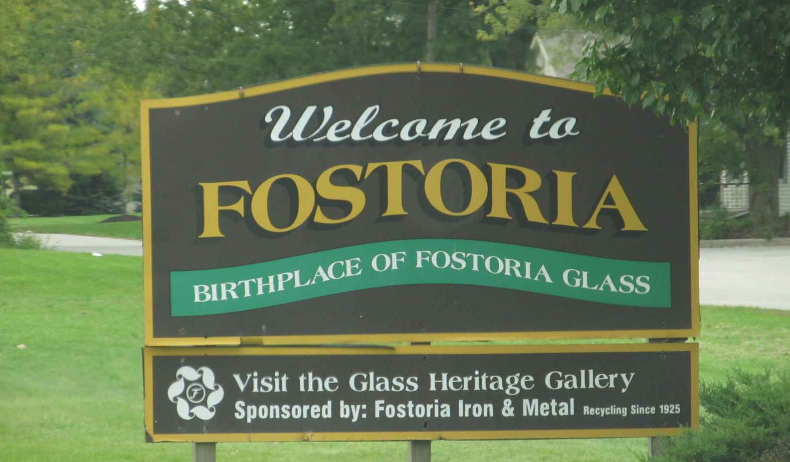 Smith said she wanted to visit the commissioners to update them on some large projects that have occurred this year. She said the Custom Glass Solutions expansion added 90 new jobs to the local economy and the NSI Crankshaft $12-million expansion added 33 new jobs.

Smith also said one other economic development project is in the works and there should be an announcement on it by the end of the year. She also said FEDC is seeking a business for a 100-square- foot speculative building at the corner of SR 12 and Weaver Road. The building is in the city’s new industrial park because the other park is at full capacity. Smith said FEDC hopes to announce a business in the spec building by the end of the first quarter of 2020.

Smith said several other expansions projects are being worked on, Countyline Street was repaved, and several commercial renovations and openings have occurred, including the grand opening of Dunkin’ Donuts earlier this month. Smith also said FEDC moved its office location into the Fostoria Learning Center, where the agency is joined by the Fostoria Area Visitor’s Bureau, the Fostoria Chamber of Commerce and the Fostoria Community Foundation.

Smith said she plans to visit the commissioners again in the next few months to provide annual quantitative figures for job and economic growth in the city. Michelle Cochran, of the visitor’s bureau, also addressed the board. Cochran discussed several art initiatives that are thriving in the city. One of those is a barn quilt trail on Main Street.

In other business, the commissioners unanimously agreed to submit a letter to the Federal Aviation Administration and to the Ohio Department of Transportation’s Airport Protection Division to express concerns that the Seneca Wind turbine project could adversely affect operations at the Seneca County Airport. The full text of the letter is available here.

In other action, Commissioner Shayne Thomas congratulated County Auditor Julie Adkins on a clean audit from the state. “We all should congratulate Julie and her team for a clean, exemplary audit,” he said. “She keeps us running a clean ship.” Also during the meeting, the board agreed to appoint County Public Relations Coordinator Jimmy Flint as the commissioners’ representative on the Law Library Resources Board. This comes after a State Attorney General’s Office opinion stated that a commissioner could not serve on the board.

* Accepting the bid and entering into a contract with Erie Blacktop, Inc. for the Taxiway Pavement Rehabilitation Project on behalf of the Seneca County Airport.

* Authorizing the disposal of unneeded, obsolete or unfit county-owned property – a 1996 Ford Wheeled Coach Ambulance, on behalf of Seneca County EMS. The county received $6,550 for the vehicle.