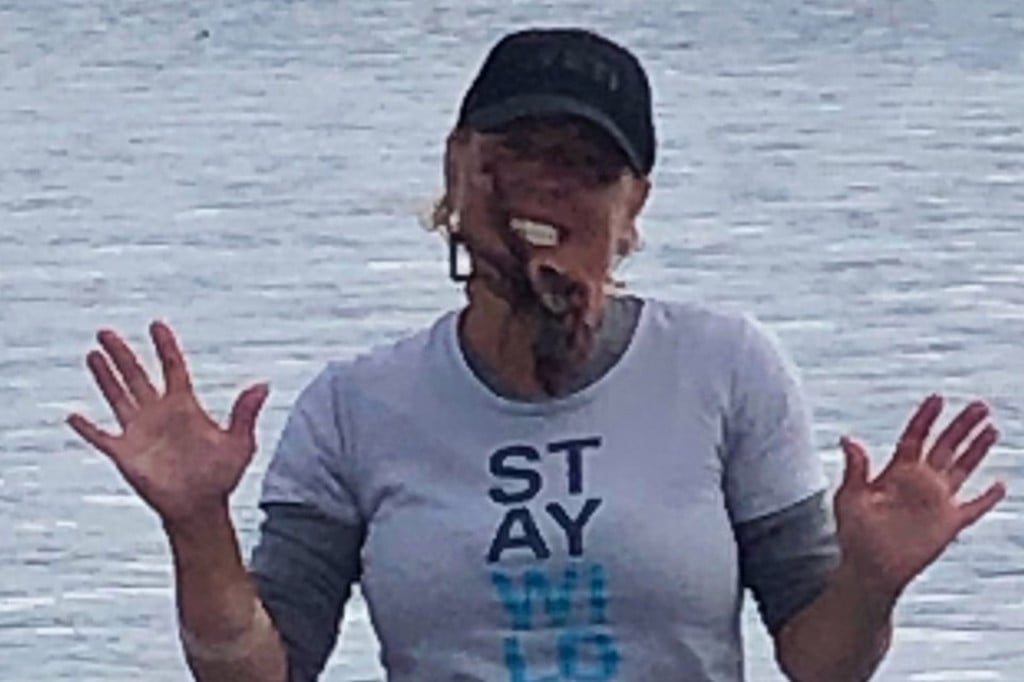 A woman’s attempt to win a photo contest at a fishing derby near Tacoma, Washington painfully backfired. Jamie Bisceglia noticed a few fishermen had hooked an octopus and asked them if she could put it on her face while they took her photo.

“It was a photo contest in the derby. So, crazy me, hindsight now and looking back, I probably made a big mistake,” Bisceglia said.

With her grin wide and arms outstretched, Bisceglia posed with the small octopus, which hooked its tentacles on her face.

But during the photo shoot, she was bitten twice by the sea creature, which contains poisonous venom.

“It had barreled its beak into my chin and then let go a little bit and did it again,” said Bisceglia. “It was a really intense pain when it went inside, and it just bled, dripping blood for a long time.”

Bisceglia believes the octopus was a juvenile Giant Pacific octopus, though officials say it could have been a Pacific red octopus. Both animals have sharp, powerful beaks which they use to break open shellfish such as clams and mussels. Their beaks also contain a venom that immobilizes their prey.

For two days, she tried to push through the pain and swelling, but ultimately went to the hospital for treatment.

“I’m still in pain,” she said. “I’m on three different antibiotics. This can come and go, the swelling, for months, they say.”

Bisceglia, however, said she learned an important lesson about handling a live octopus.

“This was not a good idea,” Bisceglia told KIRO. “I will never do it again.”