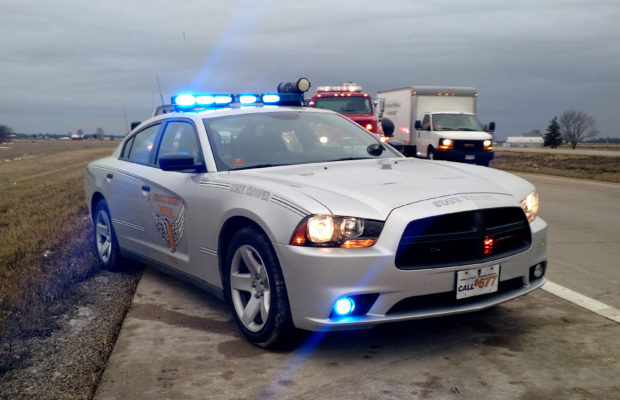 SANDUSKY COUNTY, OH — A press release from the Ohio State Highway Patrol states that they are in need of the public’s assistance in identifying a hit-skip driver who struck and killed a driver outside of his vehicle on Thursday.

The fatal crash was reported at 1:31 AM on Thursday in Sandusky County, near mile post 91 in the westbound lanes on the Ohio Turnpike.

According to the press release, an investigation at the scene of the crash revealed a commercial tractor-trailer was stopped in the right berm for an unknown reason, with hazard lights on.

The driver of the truck was standing outside of it when another vehicle heading westbound left the roadway and struck the tractor-trailer and then the driver, who was considered a pedestrian at the time of the crash.

The pedestrian was identified as Paul William Hurtienne, 53, of Burlington, Wisconsin.

It is unknown if drugs or alcohol played a factor.

State troopers say they need the public’s help trying to locate a white box truck that was seen stopped in the area of the crash.

According to the release, it is unknown whether this truck was involved, but if it was, it may have significant damage along the right side of the truck.