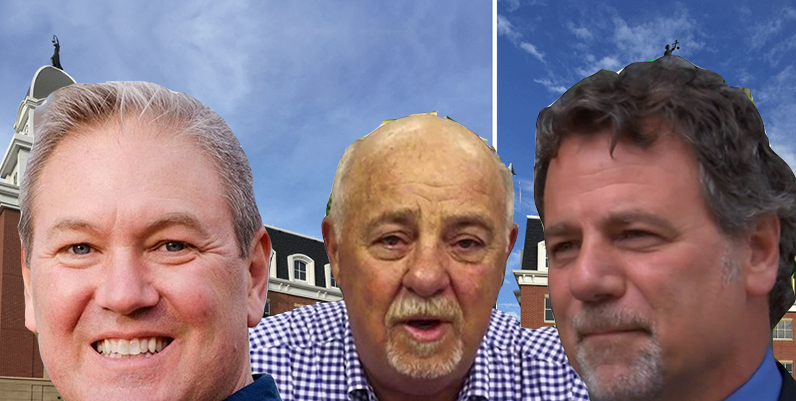 The Seneca County Board of Commissioners agreed Friday morning to hire a consultant firm to help the county through the state capital budget process.

Ray Yonkura and Mike Dittoe of High Bridge Consulting met with the commissioners to discuss their scope of work and other details of the contract with the county.

According to the agency’s website, High Bridge specializes in government affairs, public relations, lobbying, strategic communication and management of political campaigns. Yonkura is the former chief of staff for Congressman Jim Jordan. Dittoe spent about 15 years serving in a variety of positions for the leadership of the Ohio House of Representatives.

He ended his tenure there as majority caucus chief of staff. The commissioners agreed to bring High Bridge on to lend assistance during the state capital budget process, while also agreeing to consider bringing the consultant back on for future projects.

The biennial Capital Budget process generally begins during the late summer of odd-numbered years. The budget is enacted in each even-numbered year.

The proposal from High Bridge included a letter from Dittoe who states “(we) believe we are the firm best positioned to lead your efforts in the state capital budget, and perhaps beyond.”

The contract requests compensation of $2,500 monthly. With a 30-day notice, either party could terminate the contract. The contract also states that both entities will re-evaluate the deal after March 31.

Commissioner Mike Kerschner said the contract is a great way to make sure Seneca County’s interests are represented in Columbus.

In other business, the commissioners agreed to hire Mike Longanbach as the newest full-time paramedic on the county’s Echo unit. Longanbach has been a part-time employee of the unit since 2010 but now moves to full-time after recently retiring from Tiffin Fire Rescue Division.

Also during the meeting, the board approved a proclamation making Sept. 5 Seneca County Welcomes the World Day. A “Tiffin Welcomes the World” event is to occur on Sept. 5 from 5:30 p.m.-7 p.m. at The Chandelier, 151 S. Washington St., to welcome more than 250 international students into the community.

During resolutions, the board approved:

* An agreement with Bridges Academy for food services on behalf of the Seneca County Sheriff.

* An agreement with ICP Pharmacy Services on behalf of the Seneca County Sheriff, pending prosecutor approval.