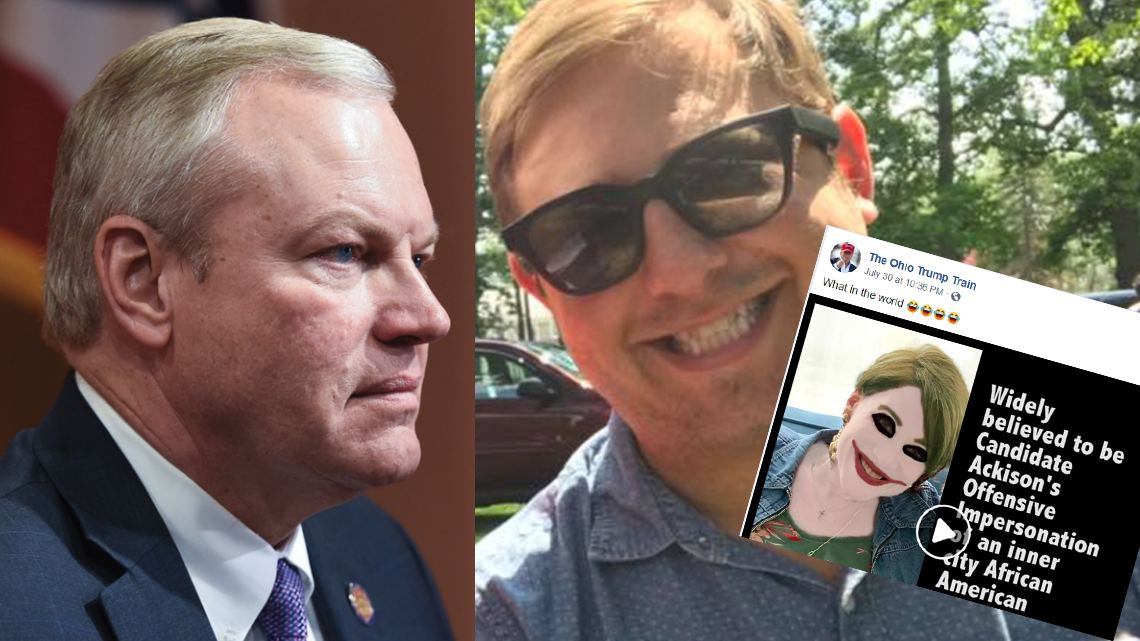 The race for the 26th district Ohio Senate seat has been gradually heating up over the past few weeks, but new online attacks towards Republican candidate Melissa Ackison have caused some to say this is now “the nastiest race in Ohio state legislative history.”

Recent posts from a Facebook page called the “Ohio Trump Train” have attacked Ackison for being mixed-race, which a DNA test proved, saying that Ackison is “another Jussie Smollett” and “the next Rachel Dolezal.”

According to Ackison, the page is believed to be operated by Joseph Gergley, a supporter of her opponent, State Rep. Bill Reineke of Tiffin.

Ackison and Reineke are both running in the Republican primary to represent the 26th district in the Ohio Senate, a district that includes all or parts of Seneca, Sandusky, Marion, Morrow, Crawford, Union, and Wyandot counties.

“Is Melissa Ackison Another Jussie Smollett?,” a post from the page reads. “Early on in her bid for State Senate, Melissa Ackison decided to use identity politics to her advantage. She criticized her opponent for being old, for being white, and for being male. She described herself as mixed race,” the post continued.

Ackison, who has dealt with these types of attacks before, had this to say: “I’m not sure what’s so funny about my family’s history. I’m proud of who I am. I’m proud of my father and grandfather and the history we have in Gallia County Ohio. When did pride of ancestry become such a topic of hilarity to poke fun at?,” Ackison said. 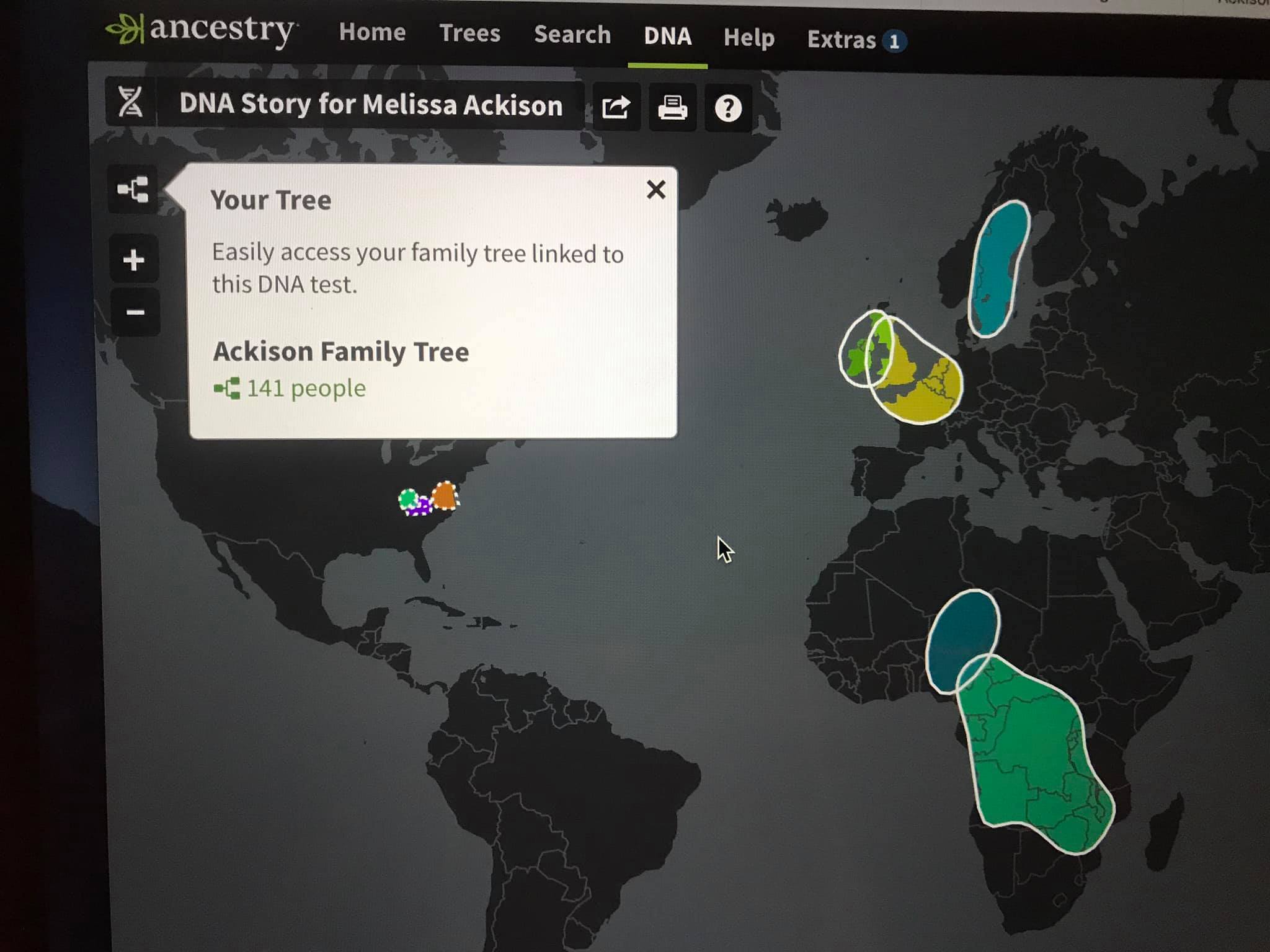 Gergley, who according to a source is believed to operate the Facebook page responsible for the racist attacks towards Ackison, is a failed Republican mayoral candidate from Gahanna, Ohio.

Not only was Gergley widely criticized in his race for mayor after social media posts containing racist, sexist, and homophobic language were unveiled, but the Ohio Republican Party said Gergley was accused of passing out date-rape drugs and alcohol to underage kids at his own party. 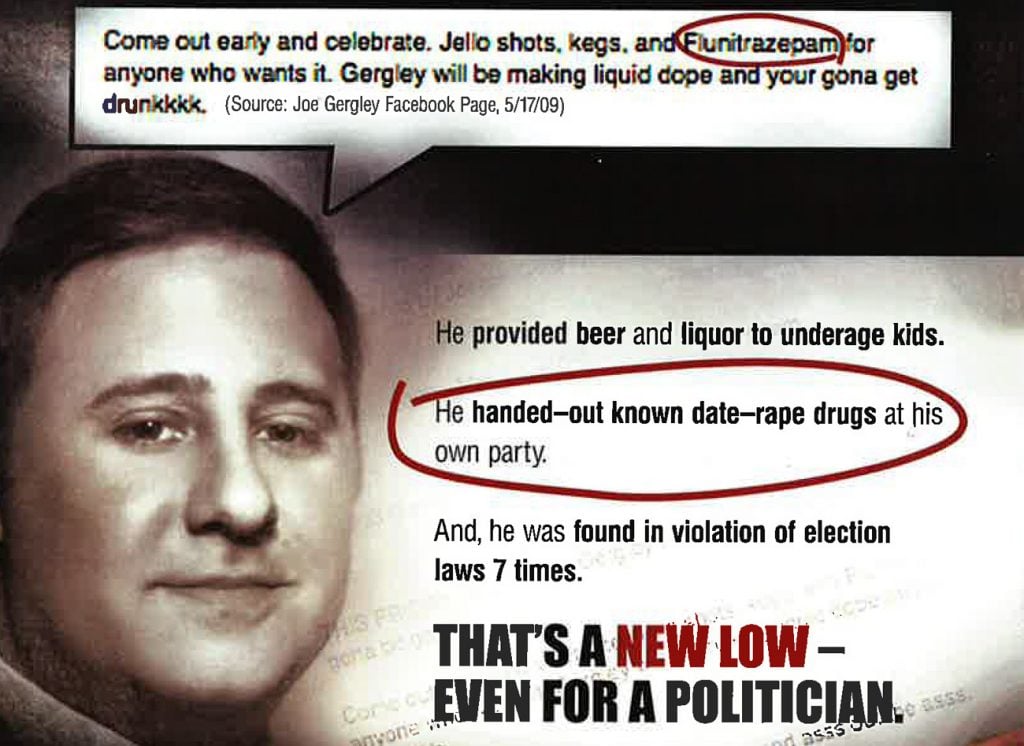 Informational mailer about Joseph Gergley from the Ohio Republican Party

One of Gergley’s posts from 2014 says “The Easton Walmart might as well be Ferguson.”

And from 2011, referencing a gay character on the television show “Glee”: “If I saw Kurt from Glee in real life, I would bully him and tell him ‘it gets worse’.”

Here’s what was found from July 2009: “Michael Jackson was white, Jamie Foxx you are a racist (expletive)!!”

In 2007 he advocated for the targeting of Muslims at airports, saying “It might sound politically incorrect but it’s the truth, just like police who target blacks. Blacks commit a lot bigger percentage of crimes then (sic) whites even though they’re (sic) population is a lot smaller.”

And this from December 2009: “Merry Christmas everyone. Everyone be careful. The Obama lovers are out looking to play Grinch and jack your stuff.”

Ackison said she is proud of her family history and says the attacks from Gergley and other supporters of her opponent are a distraction from the issues at-hand in the campaign. “My great aunt Diane and my dad’s cousins told me stories about crosses being burned on their lawn and not being black enough to fit it with blacks or not white enough to fit in with the whites. My aunt Diane was saying how lucky people are today with a mixed race background because they can talk about it proudly without being made fun of,” Ackison said. “I guess that rule doesn’t apply with some folks. My dad’s side of the family was mixed race or the term that was used was called ‘Mulatto’. My moms side of the family were coal miners and my great great grandmothers name is America Jones.”

“That’s who I am. I’m a unique and proud mixture and the story of America. Most people probably are if they would look into their history and take pride of where they came from,” Ackison continued.

Attempts to reach Bill Reineke’s campaign for comment were not returned.