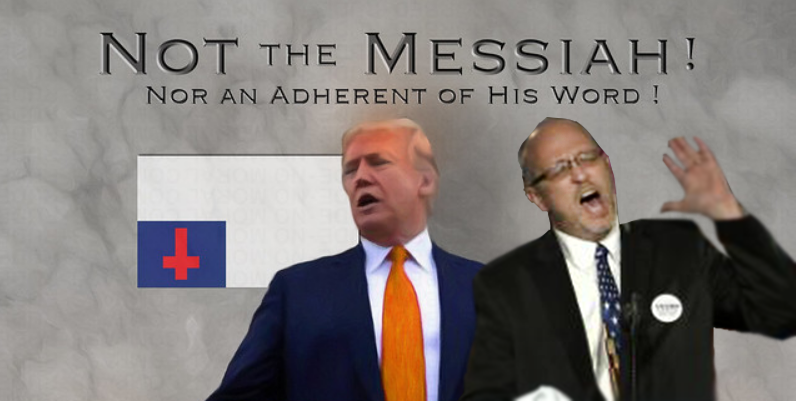 President Trump isn’t the only person running for office claiming to have been “chosen by God” to do so.

That’s right… President Trump, when asked about his ongoing trade war with China, deemed himself “the chosen one” when talking with reporters outside the White House on Wednesday. As Trump put it, when it comes to dealing with China’s trade practices, “somebody had to do it.” He then added “I am the chosen one” as he looked up to the sky.

Here’s the clip. Speaking about his trade war with China, Trump looks to the heavens and says, “I am the Chosen One.” pic.twitter.com/mKWA9g7wzQ

In addition to Trump, a local candidate is taking a similar approach.

Gary Click, a controversial pastor from Fremont who announced his bid for State Representative of the 88th district (Seneca & Sandusky counties) last week, claims “God chose” him to run.

Click, who serves as a State Central Committeeman for the Ohio Republican Party and serves on Governor Mike DeWine’s Faith Advisory Council, is running on the Republican ticket to replace current State Rep. Bill Reineke (R-Tiffin), who is running for State Senate next year against Marysville businesswoman and conservative activist Melissa Ackison.

Click, a 53-year-old pastor at the Fremont Baptist Temple who is originally from Indiana, added that in addition to being chosen, he feels God opened the door for him to run for public office. His campaign slogan will be “Hope for Ohio,” he said.

The pastor-turned-candidate has been on the receiving end of a wide array of criticisms, including from Fremont-area residents who previously attended Click’s church, as well as current religious leaders throughout the district.

“This decision to run for this seat wasn’t something I took lightly,” Click said. “My wife and I prayed about it, and said ‘okay we’re in.’”

Click gained statewide attention weeks ago when he berated a fellow Republican who is running for the Ohio Senate, Melissa Ackison (R), at the Union County Fairgrounds — all on video.

“He was campaigning for my opponent as you can see in that video. And I was behind the Republican booth and he turned around and he told me, ‘You’re not going to win.’ And I said to him, ‘What seat are you running for, Pastor Click?’ And he said, ‘You know what, you’re trash. You’re trash. That’s all you are,’” Ackison said. “And about that time, my husband picked up the camera because there’s a long history with this pastor and he just filmed the entire incident.”

The Seneca County Republican Party chairwoman was even caught on leaked voicemails saying that Click is “only doing this for his own personal gain.”

“As a Christian myself, I find this kind of tar and feathering to be very disturbing. Melissa Ackison is a good person. She loves America, is a inspiration to many, including myself,” an area man said of Click’s recent controversies.

Seneca County Commissioner Shayne Thomas (R) is also rumored to be considering a run for the State House seat.