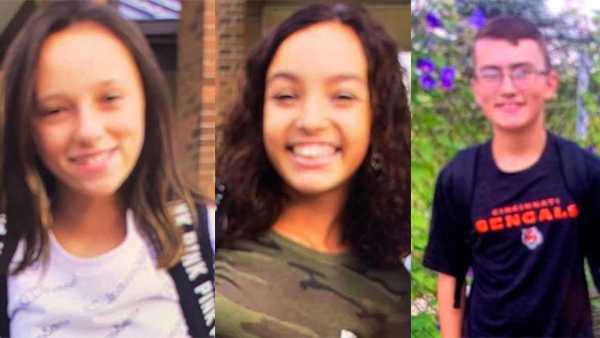 Law enforcement officials in Ohio are asking for the public’s help in their search for three missing children.

The press release from the sheriff said 13-year-old Emily Blake is described as 5 feet tall and weighs 120 pounds. She has brown hair and brown eyes. She was last seen wearing a gray sweatshirt, blue jeans, black tennis shoes and was carrying a book bag.

At this time foul play is not expected and the juveniles are being considered runaways, the sheriff said.