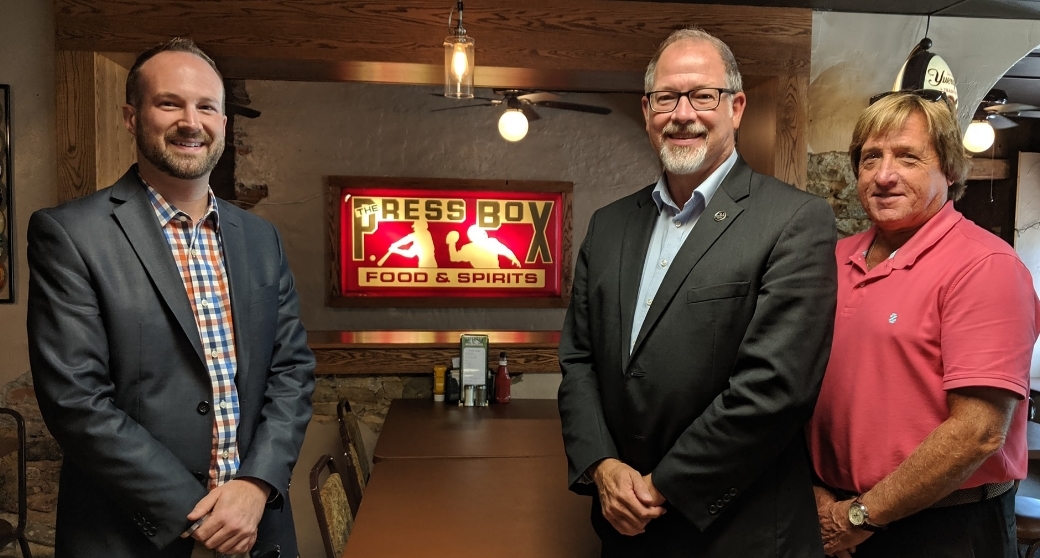 Montz met with Norwalk Mayor Rob Duncan and Bellevue Mayor Kevin Strecker at Press Box Food & Spirits to throw around ideas and have a general discussion about the issues facing their communities.

Fremont Mayor Danny Sanchez typically attends the meetings but was absent at this one as he faces a tough re-election battle back home against two challengers. 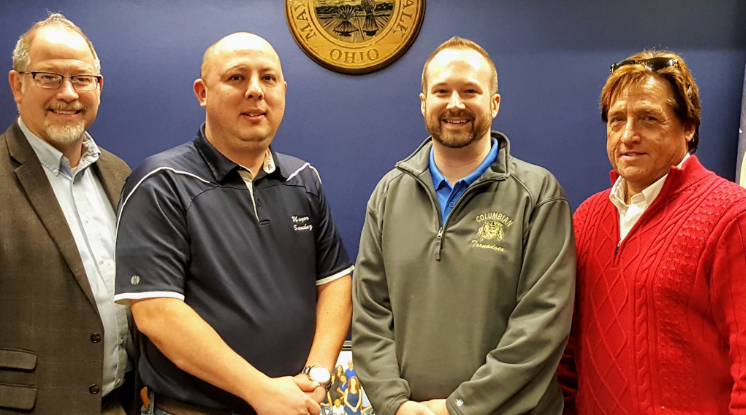 Duncan, Sanchez, Montz, and Strecker in 2018

“We like to get together several times a year to share ideas and discuss ways in which we can collaborate,” Montz said. “The sharing of ideas and policies strengthen our cities and each of us better as a whole.”