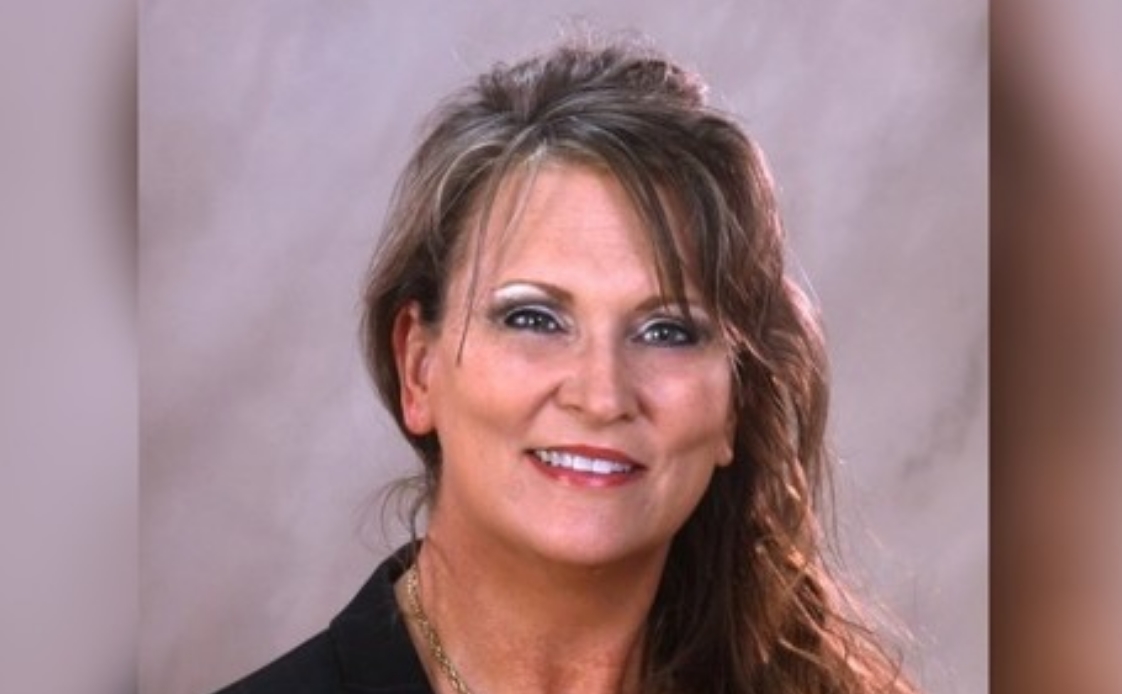 An Ohio lawmaker is under fire for a controversial Facebook post in which she says the blame for recent mass shootings should be placed on “the breakdown of the traditional family, gay marriage, violent video games, professional athletes who protest the American flag, recreational marijuana and snowflakes, who can’t accept a duly-elected President.”

State Representative Candice Keller (R-Middletown) made the post on Sunday, saying it was on her “private, personal account.”

The posting was removed by Keller, but screenshots of the post were circulated on social media. 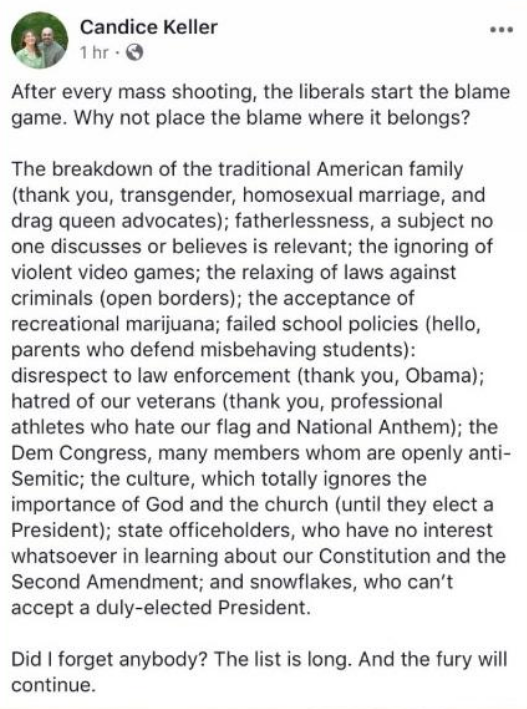 Keller said following mass shootings, there is a move to lay blame and attack the 2nd Amendment. “There needs to be a time for healing before we lash out at the Constitution and one another,” she told WHIO.

Butler County Democratic Party Chairman Brian Hester responded to Keller’s comments, saying: “She loves to fan the flames and play the role of victim here, not the nine people who were killed… She is fundamentally unfit for office. She is an embarrassment to her party, to conservatives, to Butler County and to the state Legislature.”

Keller is supported by controversial Fremont pastor Gary Click, who says she is a “champion.”