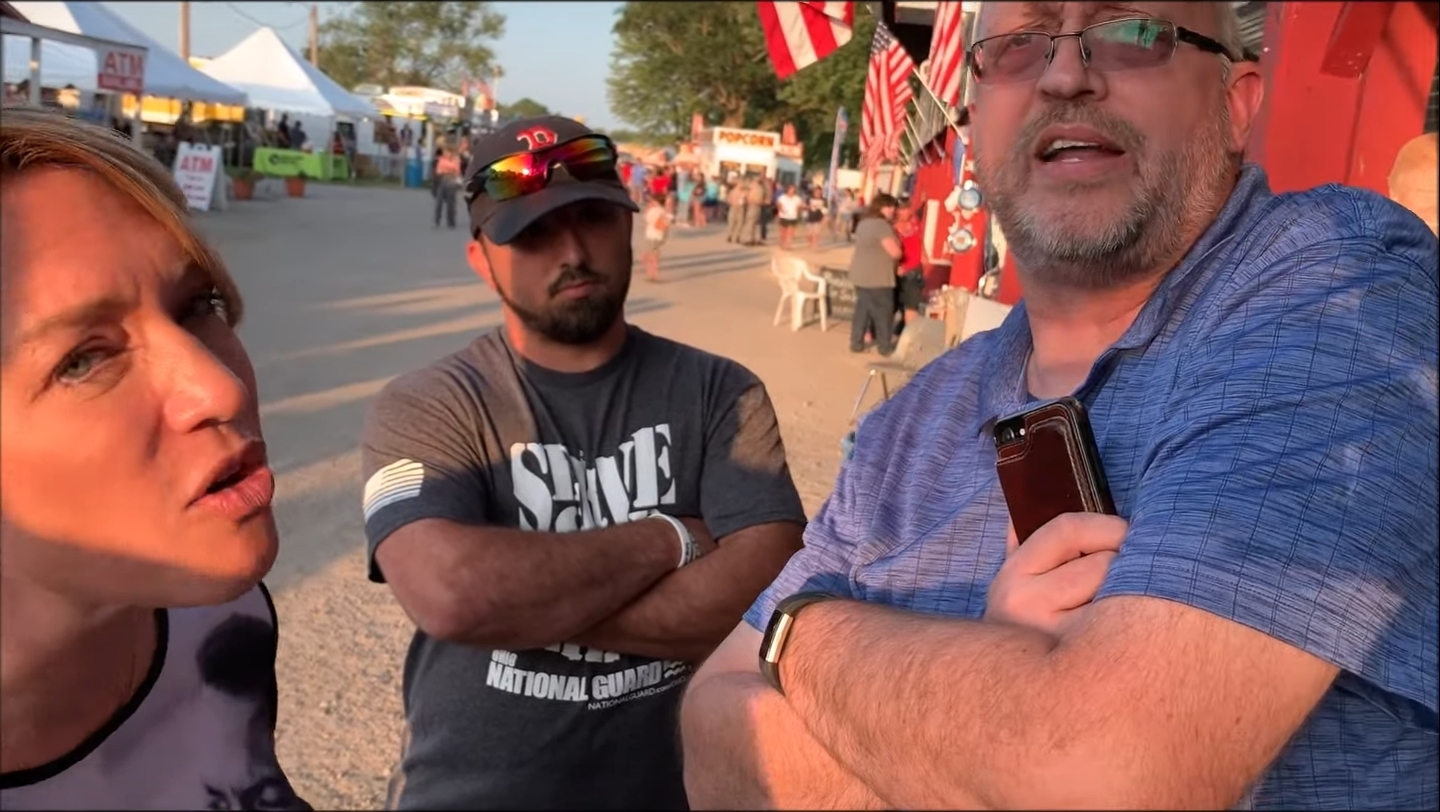 FREMONT, OH (TiffinOhio.net News) — In a newly-unearthed audio recording of a recent meeting hosted by Gary Click (R-Fremont) at the Fremont Baptist Temple, the soon-to-be candidate for the Ohio House of Representatives spoke out for the first time about a viral video which showed him in a tense exchange with Ohio Senate candidate Melissa Ackison (R-Marysville).

This week’s meeting, which was hosted at the Fremont Baptist Temple where Click serves as a pastor, was largely dedicated to discussing Ackison.

“There’s a crazy candidate out in Union County, she’s attacking me, and there’s no substance to what she says,” Click said of Ackison. “She’s angry because I won’t support her, and that’s really all it is.”

Click is running to represent the 88th state house district, which includes all or parts of Seneca and Sandusky counties. The seat is currently held by Rep. Bill Reineke (R-Tiffin), who is running for the Ohio Senate.

Click, who in addition to running for Reineke’s current House seat, serves on Gov. DeWine’s Faith Advisory Council and as a State Republican Central Committeeman, has publicly endorsed and expressed support for Reineke.

“She set me up at the fair. She came to me, I was at the fair, if you read some of the articles… I was not campaigning for Reineke,” Click said. “I was just doing what I do at all the fairs in my district. I’ll go, talk to people at the party, spend some time there. She baited me into a conversation.”

“I was calling her out for talking trash, she turned that into ‘I called her trash,'” he said of the incident. “I thought [her husband] was gonna slug me at one time. She was going on like a little Chihuahua.”

Click then went on to claim Ackison has a “obsessive compulsive disorder” with him. Someone in the room then suggested “she needs a brain scan,” which prompted laughter to break out.

“She hates me with a passion. The reason she hates me goes all the way back to last year, I was neutral between her and Mike Gibbons [in the U.S. Senate primary],” Click said.

“Towards the end, Mike Gibbons asked me to make a statement saying I’m pro-life,” Click continued. “I wasn’t endorsing him, I just said I had a good conversation and he was pro-life.”

According to Click, Ackison is “not a Christian or a conservative.”

Ackison said she has been having issues with Click for months and she wasn’t surprised when he approached her at the Union County Fair.

“He was campaigning for my opponent as you can see in that video. And I was behind the Republican booth and he turned around and he told me, ‘You’re not going to win.’ And I said to him, ‘What seat are you running for, Pastor Click?’ And he said, ‘You know what, you’re trash. You’re trash. That’s all you are,'” Ackison said. “And about that time, my husband picked up the camera because there’s a long history with this pastor and he just filmed the entire incident.”

Reineke sent a statement through his office distancing himself from the pastor.

“Bill has no involvement with alleged incident at the county fair. Mr. Click was not asked to attend the fair on behalf of our campaign and does not represent the campaign. Bill is focused on meeting the voters of the 26th Senate district and continuing his job as state Representative of the 88th House district,” the statement read.

The office of Gov. Mike DeWine declined to comment.