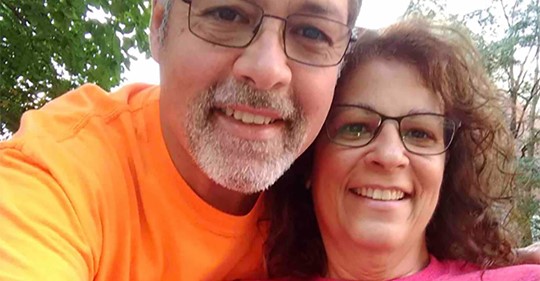 An Ohio woman was hospitalized for more than 80 days and had multiple limbs partially amputated after catching a severe infection from dog saliva.

When hair stylist Marie Trainer returned from a Caribbean vacation May 10 with her husband, their two dogs excitedly greeted them with lots of licks.

The last thing Trainer remembers is feeling sick and laying down on the couch.  The Stark County wife and mother woke up from a coma ten days later with both arms and legs partially amputated.

“Her temperature went up then went down to about 93 degrees, that’s when we rushed her to the hospital,” said husband Matthew Trainer.

In critical care at Aultman Hospital, doctors quickly realized Marie had sepsis, an immune response to infection, and her condition was deteriorating.

“So we were getting new symptoms and worsening symptoms very rapidly,” said Gina Premier, Marie’s step-daughter and a nurse practitioner at Aultman Hospital in Canton.

Marie was put into a medically induced coma, with large blood clots forming and restricting her blood flow, causing necrosis and gangrene and forcing doctors to amputate her hands and legs.

Blood tests and cultures at both Aultman Hospital and the Cleveland Clinic confirmed the surprising diagnosis of capnocytophaga.

“It was so rapid in progression,” says Premier. “There was nothing they could do.”

Trainer was in a coma for 10 days, had a total of eight surgeries, and spent 80 days in the hospital — but she lived.

Dr. Margaret Kobe, Medical Director of Infectious Disease at Aultman, said capnocytophaga is a bacteria commonly found in the saliva of dogs and a smaller percentage of cats.

“It’s fairly common in the aural flora in the mouth of a dog,” infectious disease expert Dr. Margaret Kobe told Fox 8. “It can be transmitted through a bite, or sometimes just contact with saliva.”

“It was very hard to find out when they first told me, and that they had to remove my legs and my arms,” says Marie, her eyes welling with tears. Her last memory before being hospitalized is laying down on her couch, feeling unwell. “I mean, what do you do? [It’s] very hard to cope with.”

Despite it all, the Trainers don’t blame their fur babies.

Friends of the family have launched the “Trainer Strong” GoFundMe campaign to help cover the medical expenses and prosthetic limbs for Marie. As of Thursday afternoon, $14,625 had been raised.