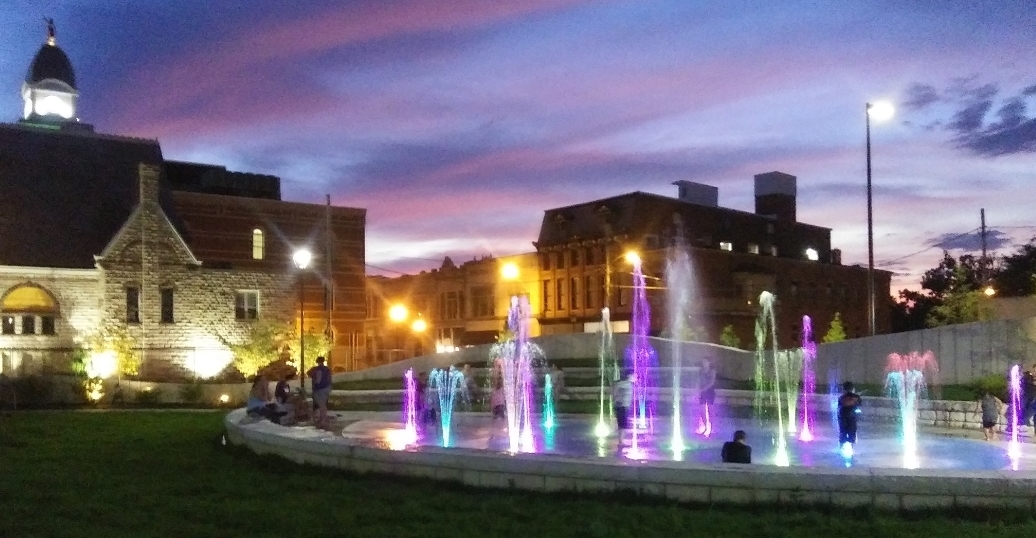 TIFFIN, OH — After some finishing touches were put on the new National Corner splash pad and its neighboring secluded garden in Downtown Tiffin, an official dedication ceremony event will take place on Sunday, August 17 at 2:30 PM.

The dedication will feature speeches by Michael Klepper and Andrew Kalnow, members of the East Green Foundation, which owns and operates the Frost-Kalnow Amphitheater as well as the new National Corner park.

Following the dedication event, a Sunday Funday begins in Downtown Tiffin at 3 PM at the Frost-Kalnow Amphitheater, which features local bands Chris Salyer and the Shooters, Countyline Band, Hunter Hoop, and The Eric Sowers Band.