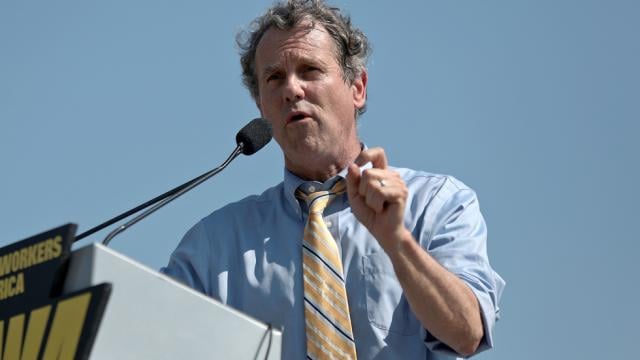 The Department of Housing and Urban Development’s 2013 “disparate impact” rule formalized HUD’s longstanding prohibition against practices with discriminatory effects under the Fair Housing Act and provided uniform guidance for applying standards across the country.

The rule provides a framework for demonstrating that a policy or practice, even if not intentionally discriminatory on its face, has an unjustified discriminatory effect on people protected under the Fair Housing Act.

The current rule provides significant protections for victims of discrimination by recognizing that there are entrenched systems in this country that, while they may not be intentionally discriminatory, nonetheless lead to discrimination and therefore injustice.

Brown believes we should be working to identify and root out discrimination in all forms, not move the goal posts to make it harder for victims to seek equal treatment.

“In an Administration where three of the top officials overseeing banking and housing finance – Treasury Secretary Mnuchin, Comptroller of the Currency Otting, and the President himself – have all overseen businesses whose practices led to Fair Housing Act violations and settlements, it’s no wonder that they are trying to dismantle protections that help identify and root out discrimination,” said Brown.“The Administration should stop trying to put a thumb on the scale for discriminators and instead do its part to ensure fair housing for all.”

In December 2017, Brown spoke out and voted against the Administration’s nominee to be HUD’s General Council, Paul Compton, out of concern that he would help undermine HUD’s fair housing protections, including Disparate Impact. See video of Brown’s remarks, here.

On July 29, 2019, HUD reached a settlement with CIT Bank regarding Fair Housing Act violations at CIT and its predecessor bank, OneWest, occurring between 2014 and 2017.  According to government filings by Secretary Mnuchin and Comptroller Otting, both were in leadership at OneWest when the misconduct started in 2014 and both remained in leadership at CIT Bank through 2016 and 2015, respectively.

In 1973, the Department of Justice charged Donald Trump, Fred Trump, and their company, Trump Management Inc., with violating the Fair Housing Act. The case was eventually settled with a consent decree.