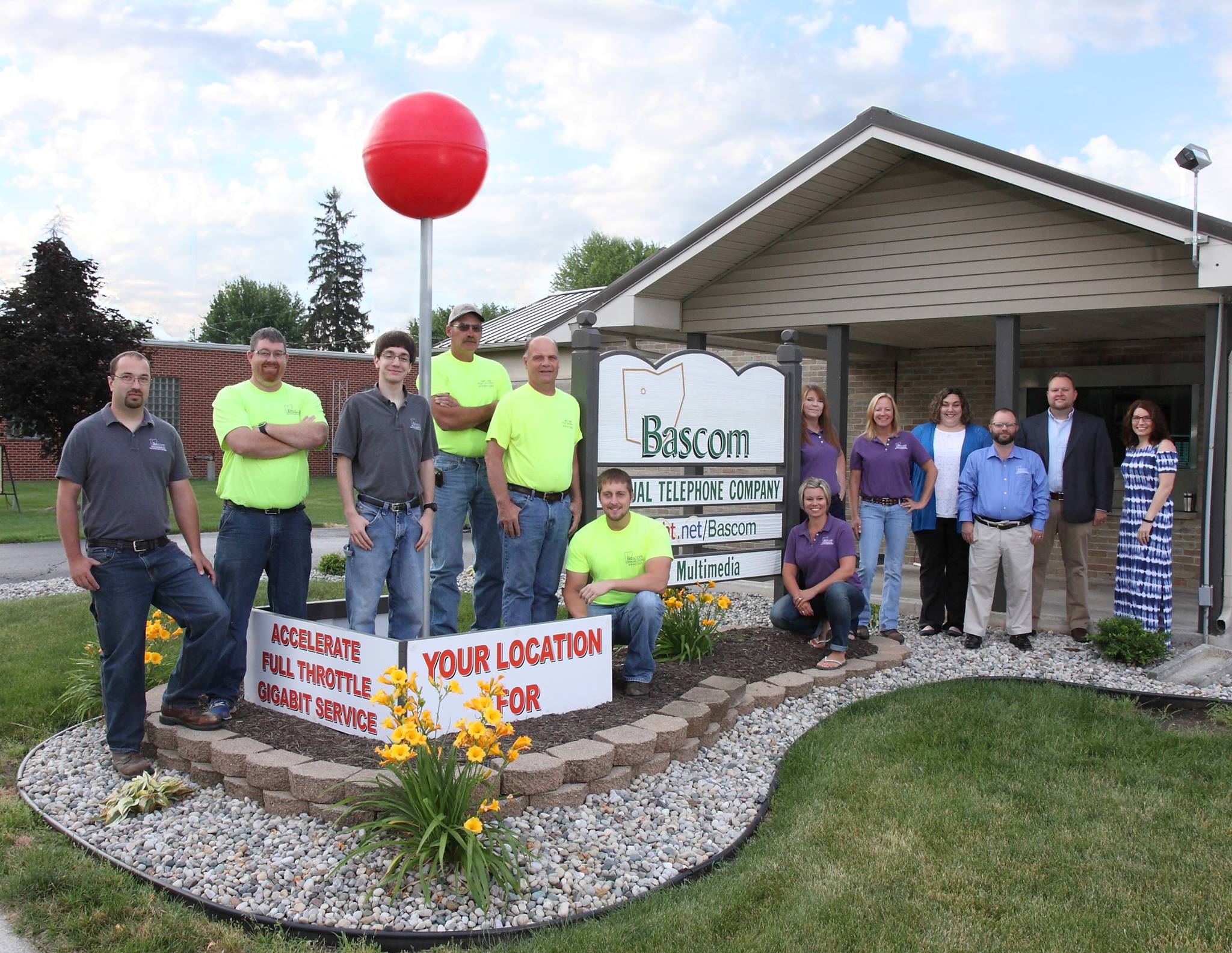 TIFFIN, OH (TiffinOhio.net News) — Bascom Communications of Bascom, Ohio, has announced an investment of $1.7 million into their fiber and fixed wireless services infrastructure for 2019, bringing their two-year total investment to $2.8 million.

These investments have helped Bascom extend services to customers south and east of Tiffin who previously were not able to get high-speed internet.

Some of the upgrades were possible due to the company’s investment in the fiber communications system that improves the reliability of communications among the dispatch centers at the Seneca County Sheriff’s Office, Tiffin and Fostoria police departments and the emergency operations center at the Public Safety Building.

In March 2018, Seneca County signed a 20-year, $719,000 lease on several strands of the company’s fiber ring to create a private network for the county.

“There’s a need out there and that’s what we’re trying to hit,” said Nate Brickner, General Manager/CEO of Bascom Communications. “We are a rural company, and we’ve always tried to do our part to close the rural-urban divide.”

Bascom Communications was formed in 1906 by a group of farmers wanting to bring voice services to rural Tiffin and Fostoria. In 1953, it became a co-operative company, and since 2000, the company has returned more than $4.7 million in capital credit refunds to its membership.

In 2003, they began offering a fiber optic connection directly into members’ homes and businesses and in 2018, they became a certified gig-capable provider by NTCA. Bascom Communications was the recipient of the Outstanding Business Award at the TSEP 2019 Annual Meeting March 7, 2019.

Seneca County Board of Commissioners President Shayne Thomas congratulated Bascom Communications on this investment. “It is great to see a local company continuing to invest in Seneca County. They have been a great partner for the county.”