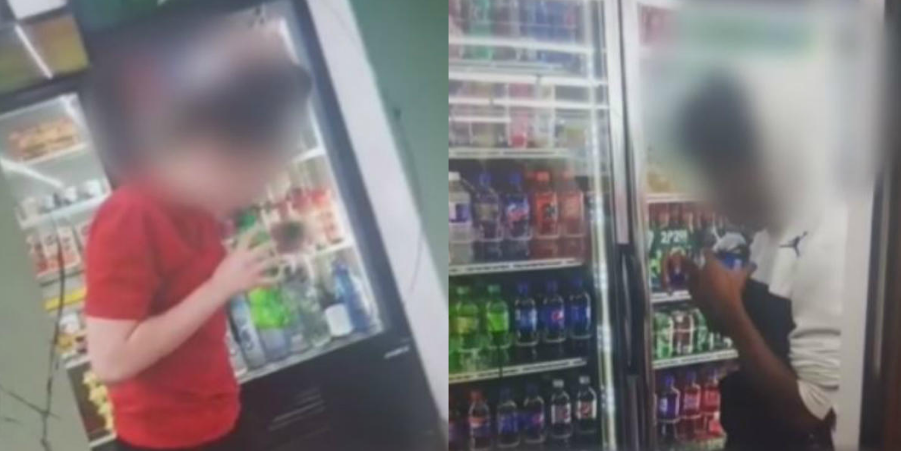 A new viral video shows teens SPITTING in soda bottles at a store, and then putting them BACK into the cooler!

Brittany Edwards posted the video to her Facebook page after she said a girl posted it online, according to WTHR. Edwards told the station her daughter follows the girl on Instagram.

The video shows two teens taking soda bottles from a store cooler, spitting in them and putting them back in the cooler.

The post comes after a video surfaced of a juvenile in Texas licking a carton of Blue Bell ice cream before putting the lid back on and placing it back in the freezer — an act many called “disgusting.”

“I don’t know what’s in kids’ minds these days, but that’s not right at all,” Edwards told WTHR in the interview, adding she hopes police track down the teens responsible. “At the end of the day, somebody could sick, horribly sick. Hospitalized.”

According to the Indianapolis Metropolitan Police, what the teens are seen doing is considered consumer product tampering, a level 6 felony under Indiana law.