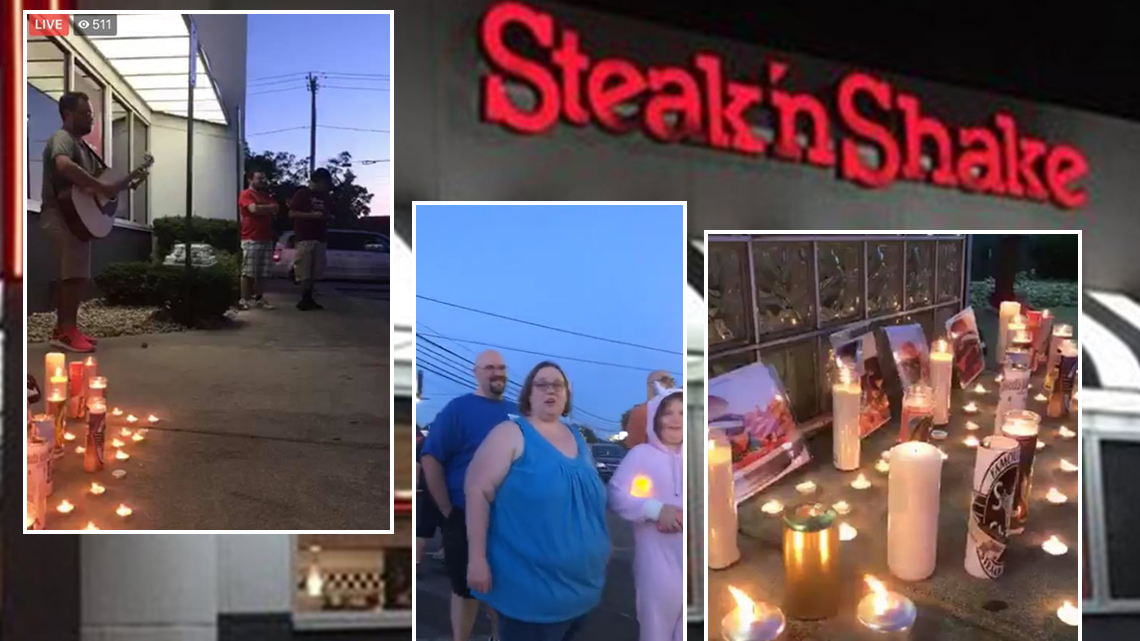 A spokesperson for the health department says the stores were ordered closed on Tuesday.

With over 600 people who expressed interest and 172 saying they went, the Facebook page for the vigil, which was held near the Monroe Street Steak ‘N Shake location, has drawn a variety of comments from sad to sassy to serious.

“I thought this was like the Xmas weed. LOL, Only in Toledo. …”

“I think all of us knew Steak and Shake was here for a good time and not a long time.”

“Will food be provided?”

“I wonder what the three employees they had are going to do for work now.”

The last post refers to one of the co-organizers, identified as “public figure” Grandma Sammy. The personal blog Wild Toledo is listed as the other co-organizer.

The event description says, “To mourn the memory of our beloved Steak n’ Shake, please join us to share your favorite Steak n’ Shake memories and light a candle in it’s honor.

Don’t like Steak ‘n Shake? Then join us in celebration. Either way there will be cupcakes.”