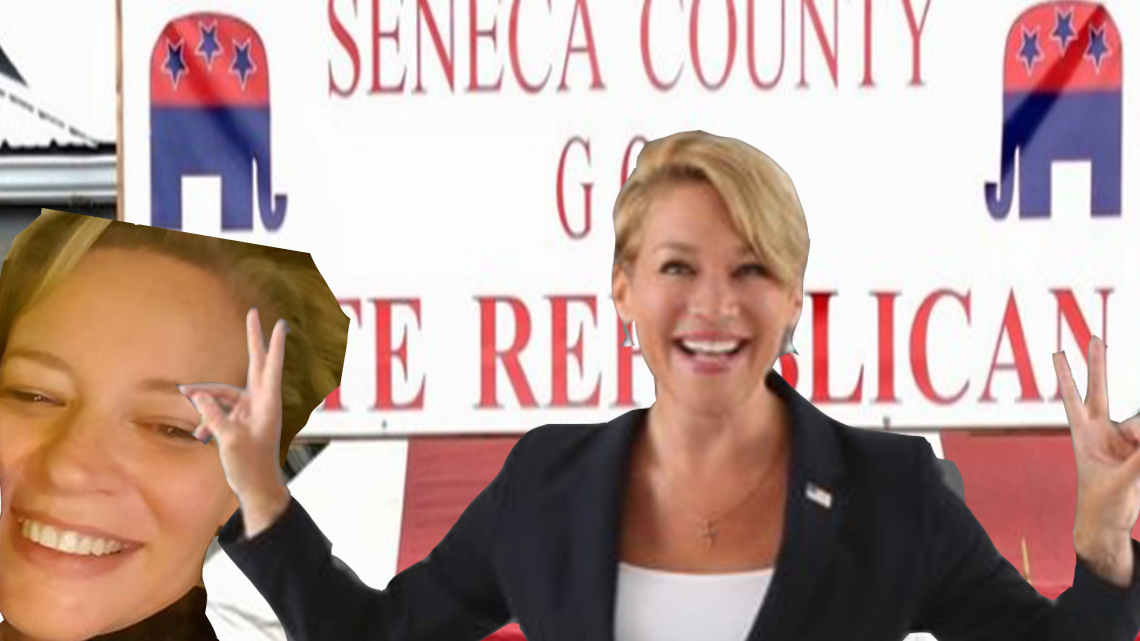 “The recent erratic and bizarre behavior and unfounded allegations levied against a Republican volunteer by state senate candidate Melissa Ackison are untruthful, and unnecessarily divisive. They do not represent what others observed during the alleged exchange with Ackison,” the press release from Vanessa Treft, the Women’s Chair of the Seneca County Republican Party, stated. 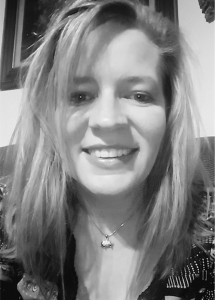 “The incident that transpired was witnessed by three Central committee members, two former County Commissioners and their account of what happened at the Seneca County fairgrounds, in the GOP tent, differs significantly from Ackison’s story,” Treft continued. “Oftentimes candidates desperate for attention may unethically try to draw attention to themselves by sensationalizing a victim’s role in order to gain sympathy with the public,” she said.

“While we do not know Mrs. Ackison’s motivations for making such claims or why she has chosen this course of action, a clear pattern of reckless behavior has been displayed,” Treft said.

Treft also added that “All Republicans while manning the fair booth are expected to follow the Reagan rule and speak no ill of other Republicans. I can assure you as the Women’s Chair that there are no vast right-wing conspiracies in place to marginalize or tank Ackison’s campaign due to her sex, gender, height, skin color or age.”

“The Seneca County Women’s Chair Vanessa Treft wishes all of its candidates the best of luck in the primary. However, she always hopes that candidates are vigilant to conduct their campaigns with integrity and honesty so as to not tarnish the Republican brand so many volunteers have helped to shape in our county and across the state,” the press release concluded.

Treft is also involved in a statewide super PAC known as Ohio Strong Action, started by former U.S. Senate candidate Mike Gibbons. Gibbons was an opponent of Ms. Ackison in the 2018 GOP primary for U.S. Senate.

In response to the press release from Treft, Ackison responded: “Oh you mean Mike Gibbons’ PAC director who has hated me since destroying her candidate on stage and in every room we were in together?”

“On May 22, 2019, Ms. Treft left a voicemail discussing Bill Reineke’s campaign tactics to exploit the anti wind community by suddenly caring about the windmills in an effort to appease the anti-wind voter base with campaign tactics. She went further to provide documentation and damning information against Bill where he had continuously flip-flopped on the issue,” Ackison said.

“While I appreciate the apologies that came from former commissioner Mike Bridinger to both my children and myself that day, I found it inexcusable to have that type of dialogue in the presence of patrons and my children in a Republican fair booth,” Ackison said.

“As far as Mrs. Treft’s response, I find it concerning that she has suddenly taken a tone that there is no effort to sway the primary in favor of my opponent after she publicly threatened to step down from her role in the Central committee after (according to Treft), Republican leadership and members of the central Committee attempted to disallow me from speaking or advertising my candidacy through party resources,” Ackison continued.

“This scene played out in the presence of the entire Republican Central committee. Vanessa was visibly upset during the May central Committee meeting tendering her resignation based on the political games occurring. She went further to contact me over the phone later that evening where my husband and I consoled her because she was incredibly frustrated citing ‘I take my job very seriously. I’m sick and tired of them not giving equal access to all candidates’,” Ackison said.

“I am utterly confused as to why the sudden shift and Mrs. Treft’s commentary and now her complete denial that an inappropriate incident took place in the Seneca County fair booth with a member of the board of elections and ex-commissioner,” Ackison concluded.

Yesterday, a new video was released showing another avid supporter of Ackison’s opponent “getting in her face” and berating her at the Union County Fairgrounds. That supporter, Gary Click, is a controversial Fremont pastor who serves on Gov. Mike DeWine’s Faith Advisory Council and as the Ohio Republican Party’s State Central Committeeman for the 26th Senate District.