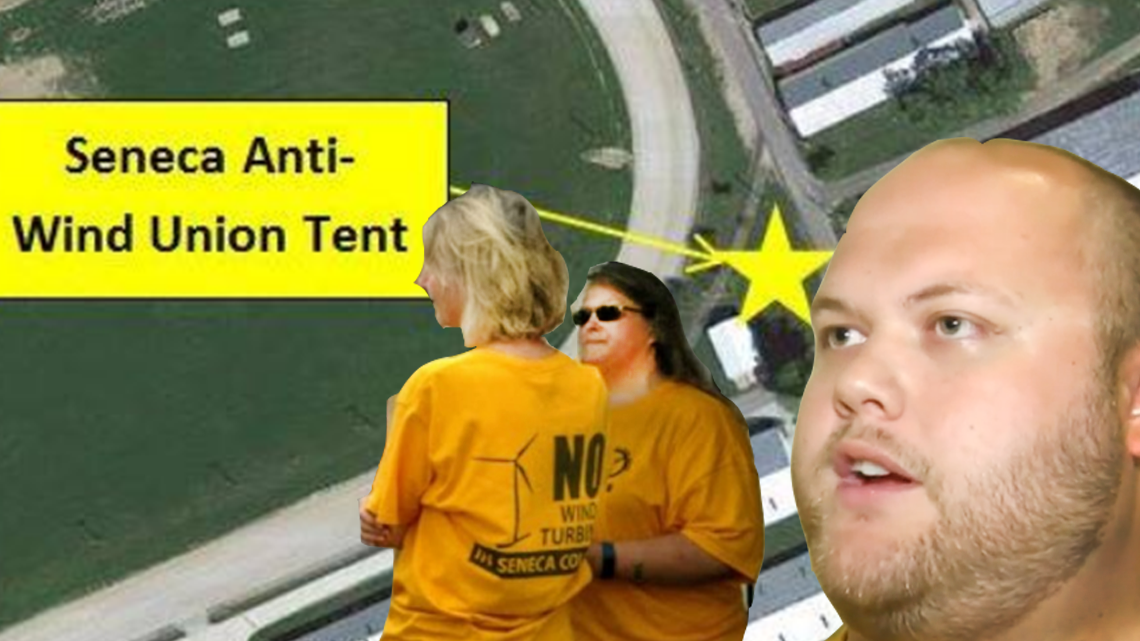 According to a release from the anti-wind group, they “have just finalized our SAWU Tent location and it will be in the same place we were last year but it will be much larger.”

“We will have all kinds of information on hand, updates on all of the projects and pending legislation, tons of yards signs, our 1/64th scale 591ft industrial wind turbine, SAWU T-shirts, a large screen tablet to display updated and interactive high resolution project maps, and much more,” the release stated.

Some have questioned where all of the funding for the group’s activities have come from. It is unclear if the group has received any outside funding from coal or nuclear energy interests.

“The 2019 Seneca County Fair is getting closer and we are super excited for it this year!,” SAWU leader Chris Aichholz stated.

Aichholz complained in a letter-to-the-editor last week that his group has “no voice.”

“In Ohio the only option for concerned citizens, Townships, Counties, Conservation Groups, Park Districts, and even local Schools is to hire a lawyer and spend endless dollars hiring experts to refute outsider wind developers ill conceived plans. It shouldn’t be this way and it doesn’t have to be,” Aichholz stated.

A recent report shows members of the Ohio House, including State Rep. Bill Reineke (R-Tiffin), who voted in favor of a bill to bail out uncompetitive coal and nuclear power plants received over $320,000 in campaign money from four utilities that will benefit financially from the bill’s passage.