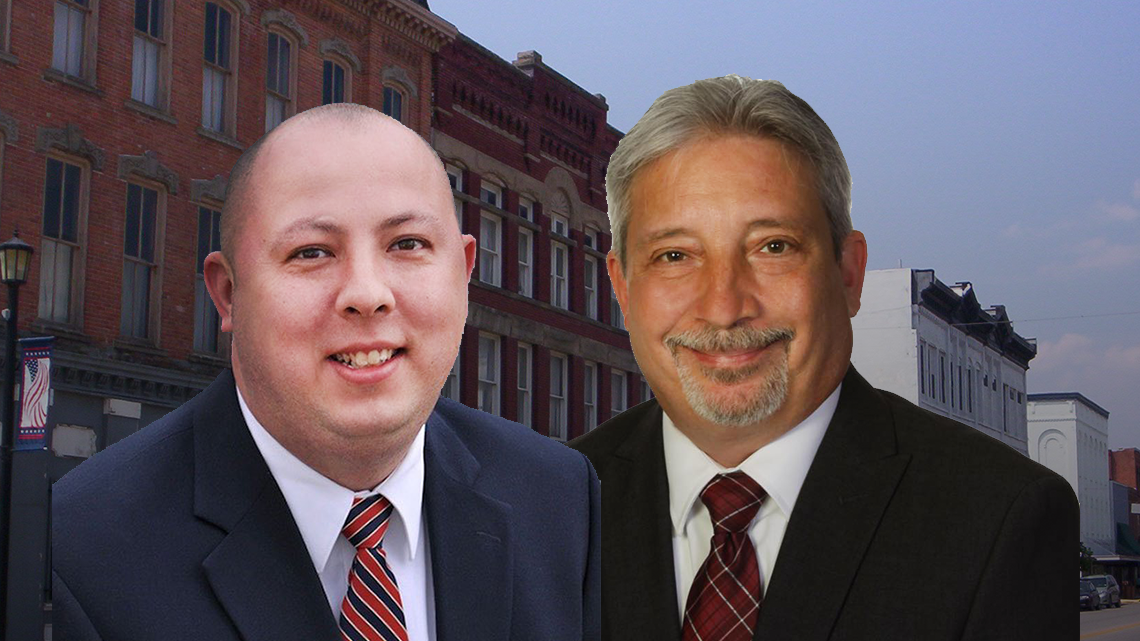 FREMONT, OH (TiffinOhio.net News) — The mayoral race in Fremont is heating up, with many residents saying the showdown between incumbent Mayor Danny Sanchez (R) and leading challenger David Roca (I) has turned into a social media soap opera.

On Friday, Mayor Sanchez encouraged his social media followers to share his post, in which he claims he was leaving Fremont City News, a popular local Facebook discussion group started and administered by Roca.

“I’m sorry to inform the public I will be leaving Fremont City News. I have noticed my comments have been deleted when trying to answer questions of residents and I am also delayed on seeing post!,” Sanchez said in his Facebook post.

“Unfortunately this is all political and if you need me please reach out to me on my page or other news pages,” Sanchez continued. 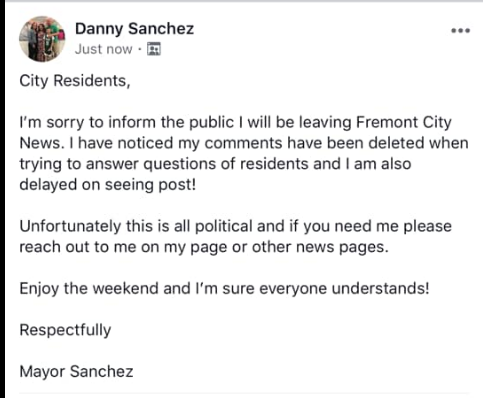 Less than a half-hour after posting this message in the Fremont City News group, Sanchez said he was forcefully removed from the group.

“Just 25 minutes after posting this to Fremont City News it was removed! Thank you for understanding,” Sanchez said in a follow-up post.

“The saga begins, these people know they can’t win based on their reputation or accomplishments, so will have to resort to this kind of underhanded conduct to think they have a chance,” one Fremont resident said of the social media drama.

Mr. Roca, who is seen as the candidate “shaking up the race,” has been a longtime factory worker at Atlas and Whirlpool. Roca said he’s never run for office but decided he would be a candidate after a lengthy deliberation.

“This is my home. I see a lot of need in town. A lot of people asked me to step up and do it,” Roca said.

A lifelong Fremont resident and 1983 Ross High School graduate, Roca said his father originally came to the city from Puerto Rico in search of employment opportunities.

Roca said he raised both of his children in Fremont.

He said he is now disabled and helped found the Fremont City News Facebook group, where he serves as an administrator.

A few weeks ago, Roca claimed he was “taking down” the Fremont City News group in order to stay neutral politically. Then, Roca backtracked, saying he has “found new people” to moderate the group, suggesting he would no longer be involved.

Today, Roca is still administrator of the group.

Following the Fourth of July parade in Fremont, Roca seemingly slammed Mayor Sanchez, who had a large turnout of supporters with him at the parade.

“It really doesn’t matter how many people walk in a parade with a candidate when they have already proven their intentions of selling out the community to the highest bidder. Friends and family are great for the show but the voters are the ones who will walk the walk at the polls,” Roca said in a Facebook post.

Mayor Sanchez was born and raised in Fremont, Ohio. He has three children and is married to Jessica Sanchez. Danny attended Terra State and received his bachelor degree in Justice Administration from Tiffin University.

“Danny is the only mayoral candidate that is born and raised in Fremont,” Sanchez’s campaign Facebook page states.