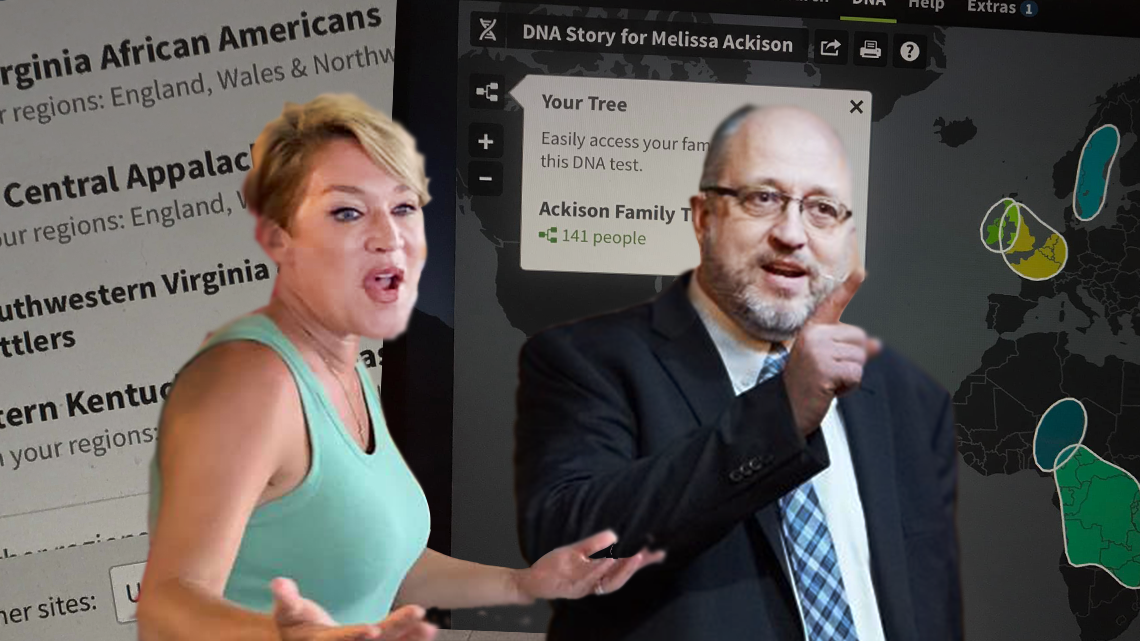 Melissa Ackison, a Republican candidate for the Ohio Senate, lashed out this week at a Fremont pastor who she says is questioning her race.

Ackison, who is running on a conservative platform for the 26th district seat in the Ohio State Senate, currently held by Sen. Dave Burke (R-Marysville), says Pastor Gary Click of the Fremont Baptist Temple is “leading a charge of calling me Elizabeth Warren all over social media for being proud of my family heritage.”

“This ignorant fool is leading a charge of calling me Elizabeth Warren all over social media for being proud of my family heritage and my Dad’s side of the family saying ‘She can’t be mixed race, her skin is too white. I’m not buying it’,” Ackison said in a Facebook post earlier this week.

“Then, this jackass posts pictures of me like I’m some animal to study, in an attempt to prove that my skin is too white to be anything other than Caucasian. All the while, all 7 members of his congregation laugh and mock me like a pack of dirty hyenas as they weigh in on my appearance and he stokes the flames of ignorance. To me, this is what racism looks like,” Ackison continued.

Pastor Click, who also serves as a State Central Committeeman for the Ohio Republican Party and serves on Governor Mike DeWine’s Faith Advisory Council, previously accused Ackison of “stalking him.”

“I do say that it is hilarious watching her self implode and it’s kinda weird being stalked by a candidate for senate,” Click said in a previous statement.

Ackison questioned why some people only consider skin color when talking about race. “Why is this such a hard topic for people to grasp and more importantly, why is it so important to the point of a pastor mocking and poking fun of history and my family/me by calling me Elizabeth Warren? I don’t feel like Jesus would be proud of that type of behavior,” Ackison said. “For the LAST time. Please stop looking at the color of a persons skin to determine what their genetic make-up is or their ethnicity. I have to explain this way too many times to ignorant fools.”

“My grandfather on my Dads side was mixed. His mother was African American and a host of other races and his Dad was considered a white man in terms of skin color. They were sharecroppers in Gallipolis Ohio for Bob Evans Farms,” Ackison previously said of her racial heritage.

“Instead of leading charges to stir up division and make an ass of yourself AGAIN, ask questions, get to know people, learn about their history and most importantly, crack open your bible and check yourself,” Ackison continued.

So far, Ackison’s only announced opponent in 2020 in the 26th District Ohio Senate race would be State Rep. Bill Reineke (R-Tiffin). The Senate seat will be vacated by term-limited Sen. David Burke (R, Marysville).