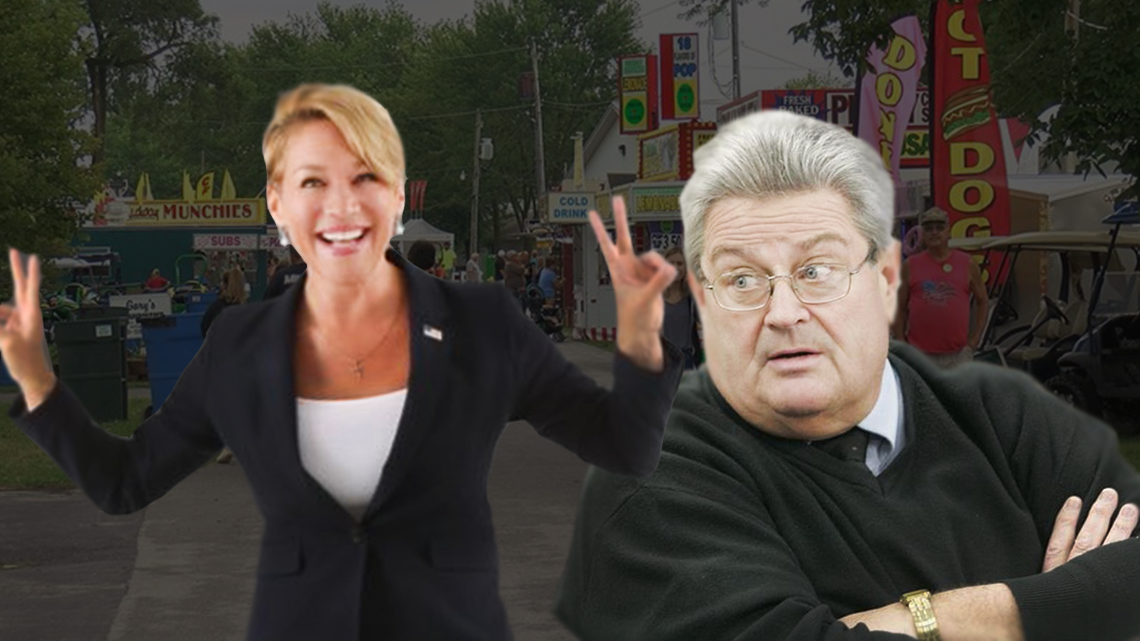 TIFFIN, OH (TiffinOhio.net News) — A former Seneca County commissioner and current Board of Elections official is being accused of going on a “bizarre, profanity-laced tirade” at the county fair on Tuesday.

Conservative candidate for the 26th district Ohio Senate seat, Melissa Ackison (R-Marysville), was attending the Seneca County Fair with her young children. As she was visiting the Seneca County Republican Party tent, ex-commissioner and current Seneca County Board of Elections official Mike Bridinger allegedly “belted out” at her with foul language.

“Nothing like taking your children to the Seneca County Republican fair booth to simply drop off literature and one of my signs only to have a Bill Reineke supporter and board of elections member/ex commissioner belt out foul language and scream about his support and love of Bill Reineke,” Ackison said of Bridinger.

Ackison said Bridinger began making comments about how “tiny” she was, saying he “didn’t realize how short she was” and asked if her husband was with her.

“I’ve been in the room with him before and he wasn’t aggressive…. likely because my husband was there. He’s one of those men,” Ackison said of Bridinger. “I guess he only gets aggressive when he thinks he is going to be the dominant one. The only thing that was dominant today was that big vein in his neck pumping tons of blood ready to stroke him out.”

After speaking with other people at the tent about her campaign, Bridinger again rose up and began yelling at Ackison in defense of her primary opponent, State Rep. Bill Reineke (R-Tiffin).

“Bullsh*t! You keep telling people that Bill was born with a silver spoon in his mouth! Bullsh*t, bullsh*t!,” Bridinger reportedly screamed in front of children and adults.

Bridinger made headlines in 2008 when he pleaded guilty to a misdemeanor charge of theft for shoplifting three packs of Rolaids from a local grocery store – an act he called “a big mistake.”

“That’s always good for kids to see. It’s a shame that I had to explain to him that his behavior was anything but supportive of Bill and showed that he had no self-control. Bill seems to surround himself with a lot of people like this… Goons if you will,” Ackison continued. “When we walked away, my 10-year-old said ‘if he loves Bill Reineke so much, why doesn’t he marry him.’ I concur…”

Ackison says her campaign team filed a complaint with the board of elections regarding Bridinger’s “outburst.”

“[The board of elections was] in agreement that his behavior was unacceptable on the phone but said ‘we have to figure out who to escalate this to,'” Ackison said. “Imagine how this makes me feel as a candidate. Put aside the fact that my children were scared watching their mom deal with us and think about what it makes me feel in terms of how fair the Republican election process is going to be for me,” Ackison continued.

Attempts to reach out to Bridinger for comment were not returned.