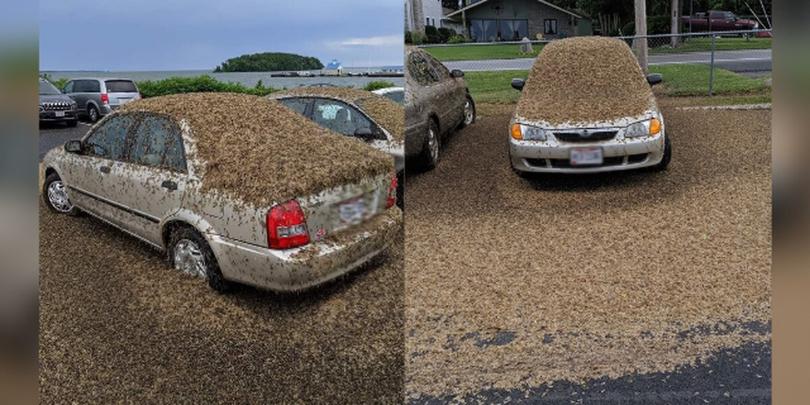 PORT CLINTON, OH (TiffinOhio.net News) — Mayflies are something Northeast Ohio residents deal with on a yearly basis, but the sheer number of winged insects that have descended on some areas is just plain crazy.

Unbelievable photos shared on Facebook shows a car covered in the pests at the Miller Ferry parking lot along Lake Erie.

The mayfly swarms were so dense overnight, they were caught on weather radar.

“They are attracted to light, so that car must have been under the light,” an employee of Miller Ferry said. It’s one of the reasons the ferry has so few lights in the parking lot there. They don’t want people to have to deal with a yearly swarm of the bugs.

An Ohio Department of Natural Resources spokesperson said they don’t believe the photos show a “natural occurrence.” ODNR says the bugs may have been blown over the cars and parking lot.

The mayflies do not stick around for long. After emerging from Lake Erie, the mayfly’s winged-stage typically lasts up to two days before the pests die.