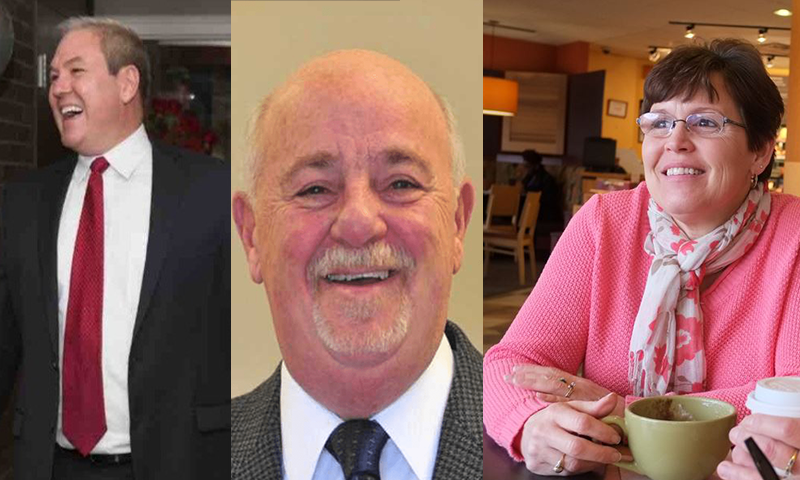 TIFFIN, OH — The Seneca County Board of Commissioners discussed two plans Thursday morning, which will help future county officials to make more educated decisions over the next 20 years.

Craig Gossman, of The Gossman Group, first briefed the board on progress being made on the facilities master plan. The plan is to inventory and outline potential futures for all county-owned buildings.

Gossman said the first phase of the project is nearly complete. That phase has been to collect data on county-owned buildings. The second phase is to facilitate strategic development, and the final phase will mean the completion of the master plan.

Gossman gave some thoughts on the county’s buildings and said the plan should be finalized this fall.

Gossman broke the county’s buildings down into the urban downtown campus and the more rural county farm campus. The two outliers that do not fall into these areas are the county museum and the emergency services building.

Among initial thoughts was the potential to strengthen the “campus” feel of downtown facilities and the facilities at the county farm by using wayfinding signs and other methods. Using the county’s new brand logo could help to increase the cohesive feel of these campus areas.

Seneca Regional Planning Commission Executive Director Charlene Watkins spoke with the board on the countywide joint comprehensive plan, which is being worked on by CT Consultants. Watkins said she took feedback submitted by the commissioners and will pass it on to the contractor for further.

Watkins asked the commissioners to expand on some of the feedback given. She said the comprehensive plan, which includes the commissioners, the city of Tiffin, Tiffin-Seneca Economic Partnership, Fostoria Economic Development Corp. and the Seneca County Park District, should be complete in October or November.

The plan will help to identify strategies related to housing, commercial and industrial development, education, transportation, parks and recreation, and arts and culture for the next 20 years.

In other business, the commissioners discussed the negative impact wet weather has had on area agricultural producers.

According to information from the Ohio Farm Bureau, the latest crop progress numbers for Ohio show only half of the state’s corn planted and just over 30% of soybeans sowed.

Officials are working to determine just how badly the weather has affected farmers locally, and it is possible the county could request a disaster declaration from the US Department of Agriculture.

In other action, Mike Ditto and Ray Yonkura, whom both have experience working for government officials in Columbus, offered lobbying services to the county. The two explained what services they could offer, and the board is to consider bringing them on to help represent the county’s interests at the
State House.

Also during the meeting, County Administrator Stacy Wilson reported that the sale of the former Juvenile and Probate Court building, 108 Jefferson St. was finalized. The building was auctioned in May and the county received $90,000. That money is to be used for capital improvements, such as building maintenance and repairs.

During new business, the board approved all resolutions from yesterday’s meeting.