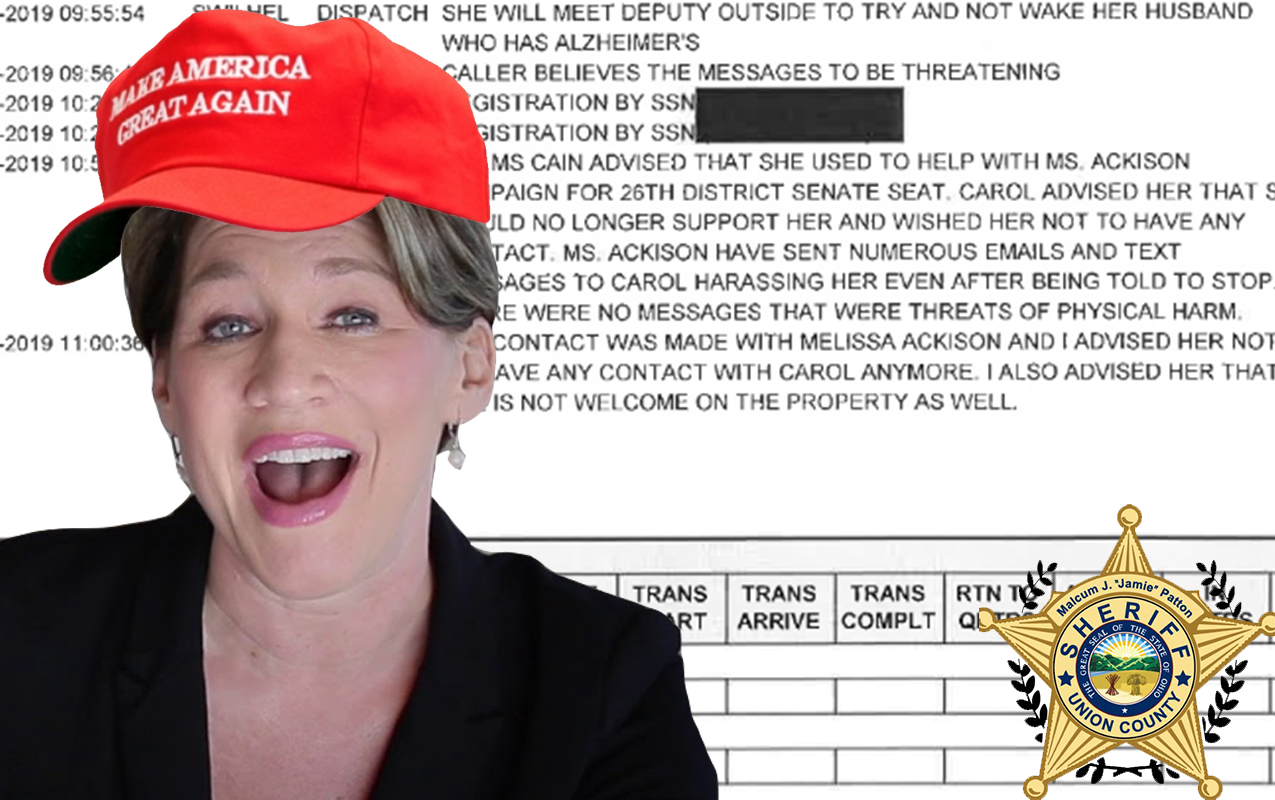 TiffinOhio.net recently reported that Melissa Ackison (R-Marysville), the outspoken conservative activist and Marysville businesswoman who is challenging State Rep. Bill Reineke (R-Tiffin) for a seat in the Ohio Senate, said police contacted her shortly after she launched her campaign … and it was allegedly due to a report from a Reineke supporter!

That supporter, Carol Cain, who runs a conservative group in Union County, e-mailed Ackison on April 9 stating, “Melissa, probably should not send me more things… Steve and I have gotten behind Bill Reineke.” 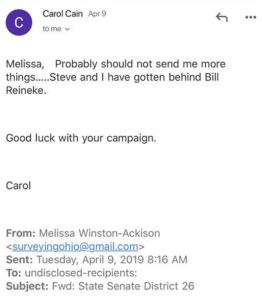 A few weeks later, on April 22, Cain contacted the Union County Sheriff’s Office dispatch at 9:54 AM to report Ackison for telecommunications harassment.

Read the dispatched call summary below: 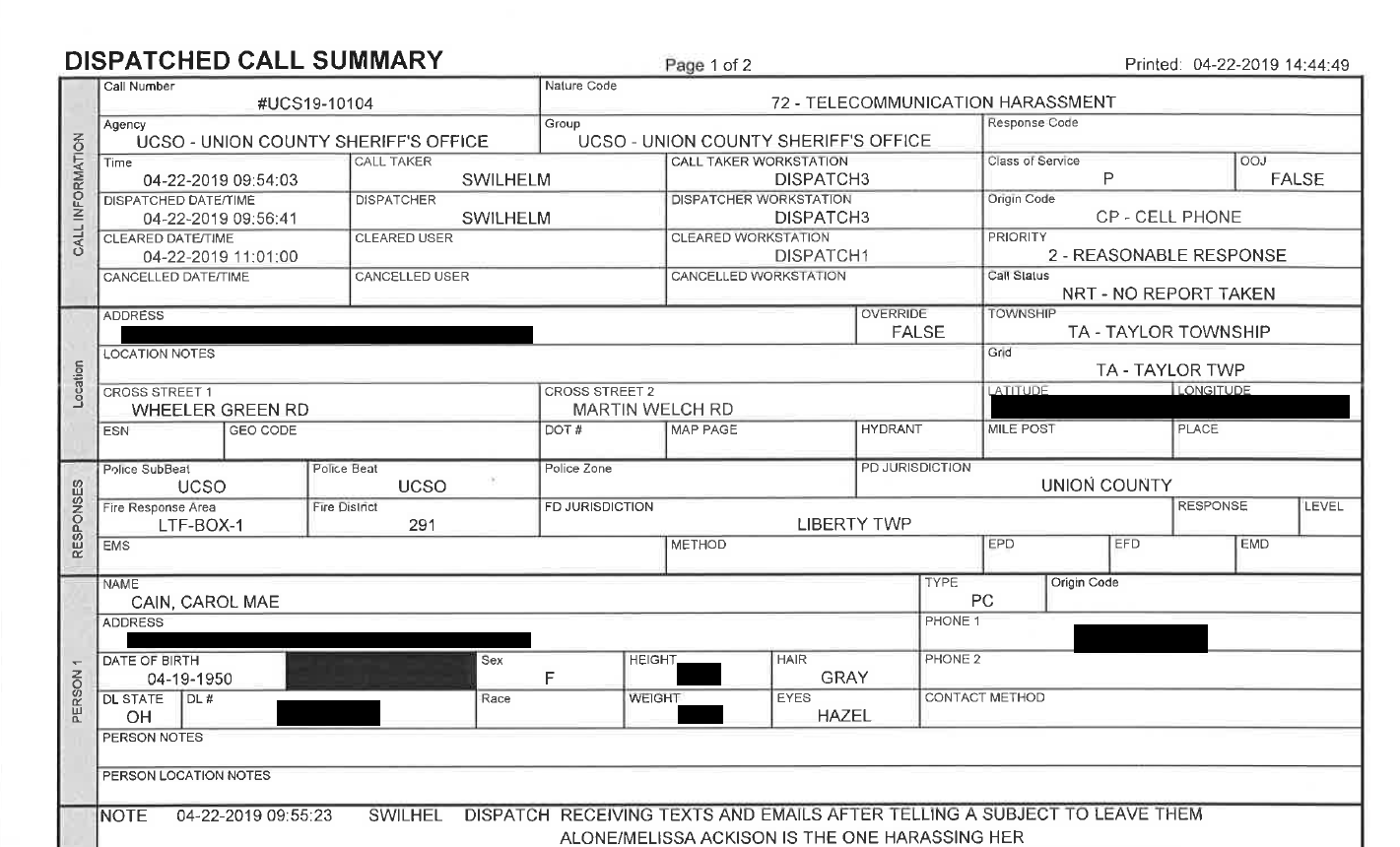 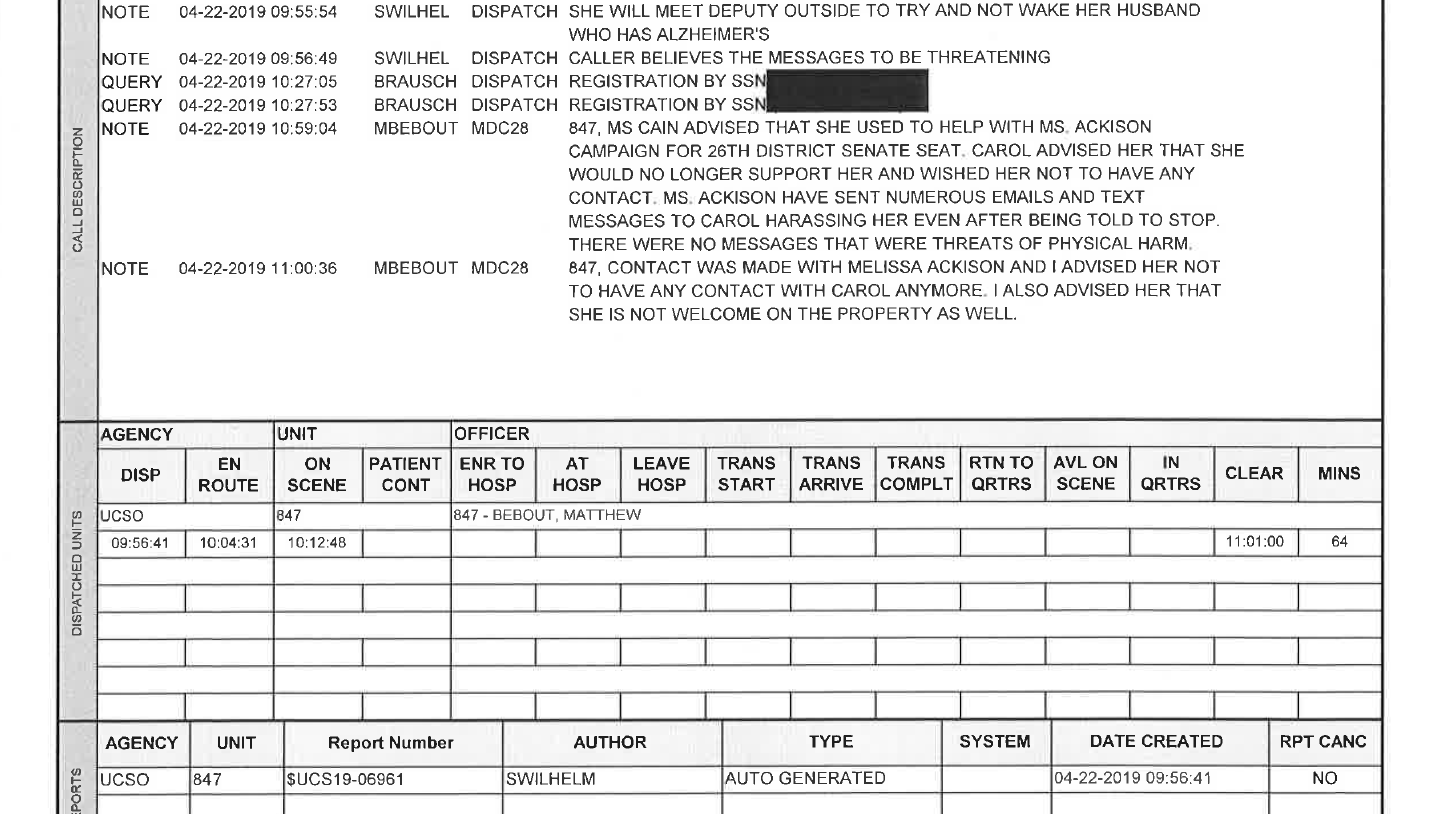