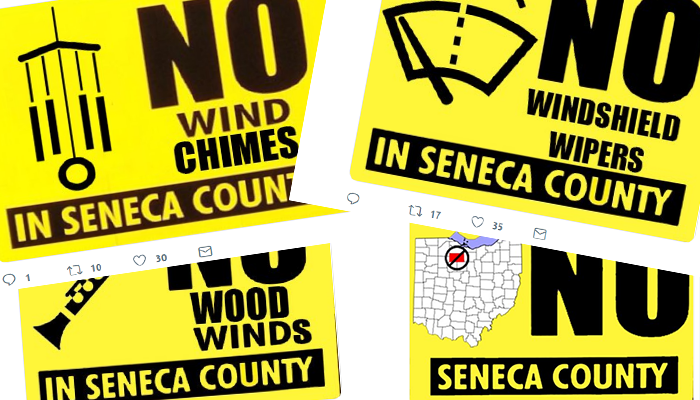 TIFFIN, OH — A new account on Twitter is mocking the controversial Seneca Anti-Wind Union, sarcastically making calls for demands such as “no wind in Seneca County,” “no wind chimes in Seneca County,” and banning other wind-related objects within the area.

let’s stop the wind too pic.twitter.com/jQsCwksjzk

“Let’s get rid of the Seneca Anti-Wind Union because it’s related to wind which means it needs to go,” the account tweeted.

its not personal its just politics pic.twitter.com/BW1CTCSbtD

Scott Peterson, the founder of investigative watchdog group Checks and Balances, has stated that the Seneca Anti-Wind Union continuously uses propaganda “supported by or aligned with the interests of oil, natural gas, and coal companies.”

Peterson says the primary person behind the propaganda campaign, who he accuses of “provoking angst and fear” in Seneca County, is Chris Aichholz. 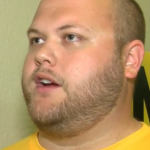 Seneca County Commission President Mike Kerschner (pictured below) was a supporter of wind energy development, along with the other two commission members. Then, on June 5, 2018, Kerschner made a motion at a meeting of the board to revoke authorization for an Alternative Energy Zone that provided incentives for wind projects in Seneca County.

What happened to change Kerschner’s mind?

An examination of public records obtained by Checks and Balances Project shows that Kerschner, in the weeks leading up to his motion, was the target of anti-wind propaganda supported by or aligned with the interests of oil, natural gas, and coal companies.

In an email written on June 4 to his fellow commissioners and a wind energy development executive, Kerschner wrote:

“The potential income is too high for the angst and fear — whether well founded or not… It’s not because of the noise or flicker or any of that, it is because it is tearing at the very fabric of the community pitting neighbor against neighbor and friend against friend and it is breaking my heart.” — Kerschner

The primary messenger of the propaganda campaign was Chris Aichholz, (in yellow shirt), a leader of the Seneca Anti-Wind Union.

A poll conducted by Ohio Conservative Energy Forum in Jan. 2018 showed that 76 percent of voters support setback limits for wind projects that will allow wind energy investment to occur in rural Ohio while protecting individual landowner’s rights to lease their land for wind projects with 76 percent support. Nearly four-in-five conservative voters in Ohio (79 percent) said they would tell a Republican candidate to support policies that encourage energy efficiency and greater use of renewable energy in the state.

But for Mike Kerschner, none of that was as powerful as the propaganda and fear whipped up by climate deniers and the fossil fuel industry.