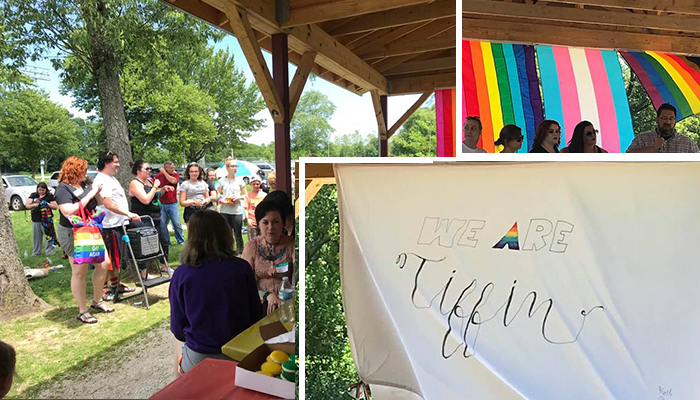 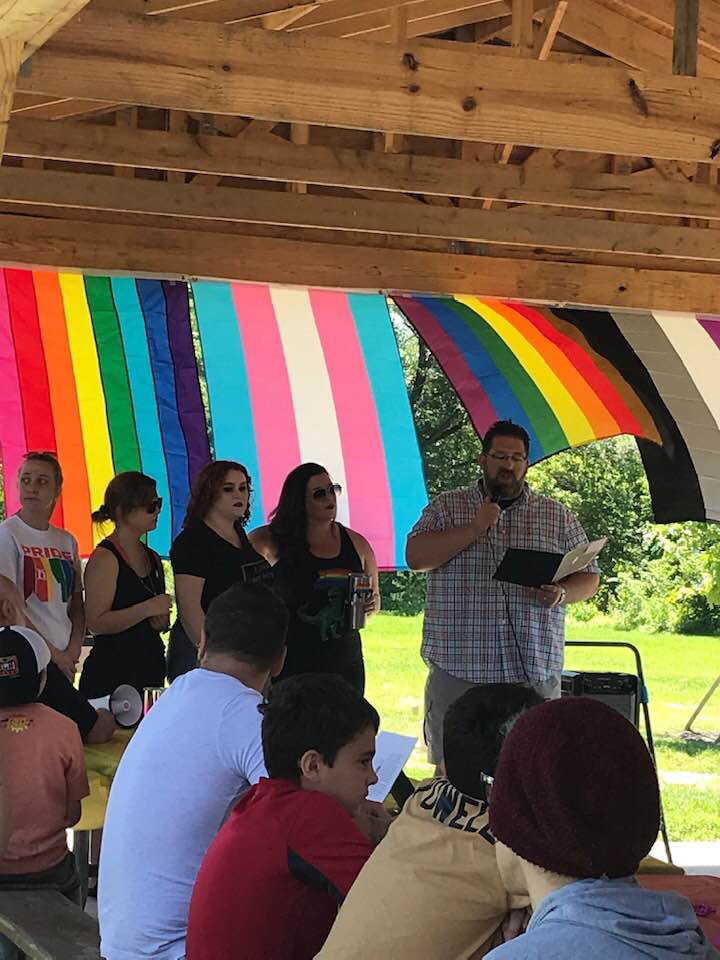 “Such an amazing turnout,” one woman who attended the event said on Facebook.

The Mayor’s proclamation comes as Seneca County lit its Justice Center cupola with rainbow colors for the second time to celebrate Pride Month over the weekend.

WHEREAS, the City of Tiffin supports the rights of every citizen to experience equality and freedom from discrimination; and

WHEREAS, all people regardless of age, gender identity, race color, religion, marital status, national origin, sexual orientation, or physical challenges have the right to be treated on the basis of their intrinsic values as human beings; and

WHEREAS, the city of Tiffin accepts and welcomes people of diverse backgrounds and believes a diverse population leads to a more vibrant community; and

WHEREAS, the Lesbian, Gay, Bisexual, Transgender and Queer (LGBTQ) communities contribute to the cultural, civic, and economic successes of the City of Tiffin; and

WHEREAS, while we as a society are slowly embracing new definitions of sexuality and gender we must also acknowledge the need for education and awareness remains vital to end DISCRIMINATION and prejudice; and

NOW THEREFORE, be it resolved, I, Aaron D. Montz, Mayor of the City of Tiffin do hereby proclaim June 2019 as

Ohio and encourage our residents to reflect on the ongoing struggle toward equality for members of the LGBTQ community and celebrate the contributions that enhance our city.

Done under my hand this twenty-third day of June in the year of our Lord two thousand and nineteen, 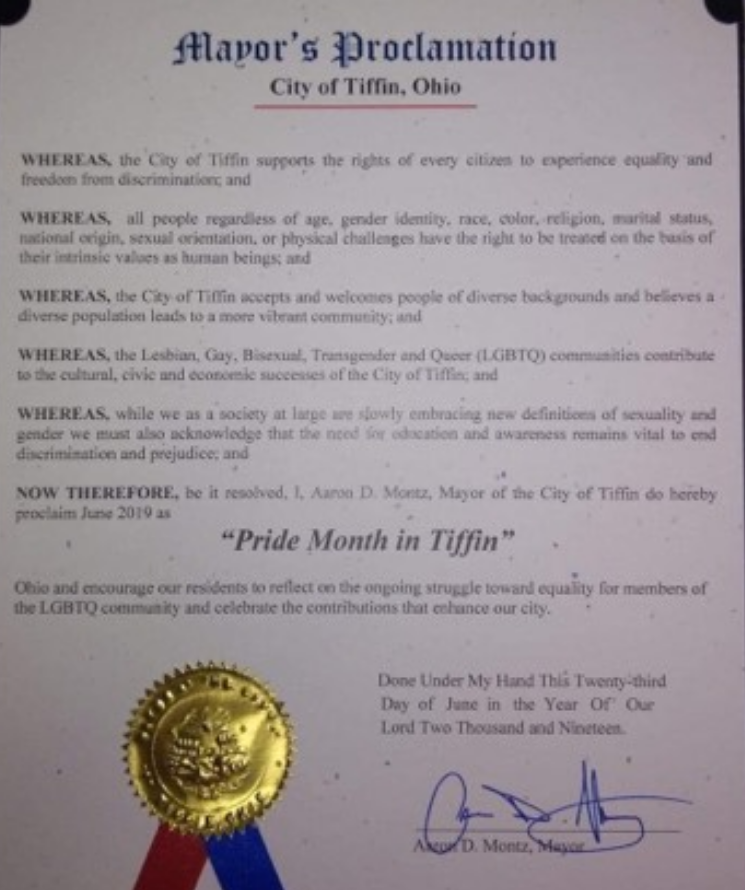