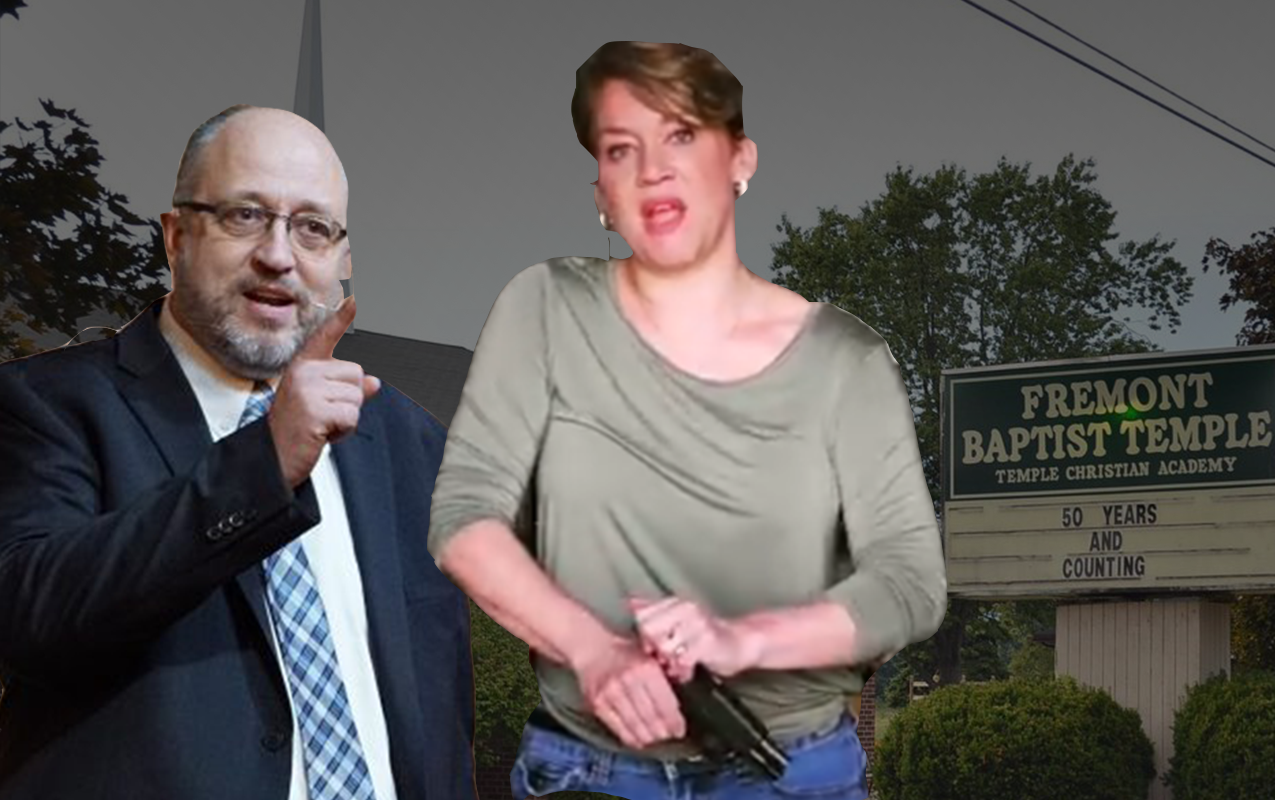 FREMONT, OH (TiffinOhio.net News) — After TiffinOhio.net News published a bombshell report on Thursday detailing his alleged “smear campaign” against Republican candidate for Ohio Senate Melissa Ackison, a Fremont pastor is pushing back against the candidate.

On Thursday, an insider source with knowledge of the situation, who asked for their identity to be concealed, told TiffinOhio.net News that Pastor Gary Click, the leader of the Fremont Baptist Temple, is leading a new campaign that seeks to “discredit” the Ohio Senate candidacy of Melissa “M.A.” Ackison, a Marysville businesswoman and conservative activist.

Pastor Click, who also serves as a State Central Committeeman for the Ohio Republican Party and serves on Governor Mike DeWine’s Faith Advisory Council, hit back at the accusations, saying that they are coming from Melissa Ackison herself and says the claims are “fake news.”

“You don’t know how much I laughed when I saw this hit piece from Melissa!,” Click said in a public statement shortly after the report’s release.

“People are calling me laughing and saying, ‘You know [Melissa]’s the source, right?’,” Click continued. “The roadshow is fake news. She is paranoid and heard about a couple private conversations.”

“The roadshow,” as Pastor Click calls it, refers to Click’s alleged embarking on a “Stop Melissa Ackison” tour around the district, particularly in the Fremont area. “Among other things, [Click] is trying to paint a picture that Melissa is an anti-Semitic terrorist sympathizer, which couldn’t be further from the truth,” a source familiar with the “Stop Melissa Ackison” tours told TiffinOhio.net News exclusively.

Click also said that the woman who filed a police report against Melissa Ackison a few months ago for harassment, Carol Cain of Union County, was a former campaign manager for Ackison.

“[Ackison] whines to others who told me that she would stop her unprovoked attacks on me, if I would not continue posts such as Tuesdays which expose her,” Click continued. “[Ackison] isn’t that significant and can’t win. I planned to move on anyway, but here I am responding to this troubled soul once again.”

“What [Ackison] doesn’t understand is that every time she acts like this she always loses. More things get exposed and she damages her own campaign. She is self destructive and the countdown has begun,” Click said on Thursday. “She is not a true conservative and has no reliable endorsements.”

“I do say that it is hilarious watching her self implode and it’s kinda weird being stalked by a candidate for senate,” Click continued.

On Friday, Click reached out to TiffinOhio.net News with additional comments. “[Ackison] is obsessed with me for some reason. Probably cause I’m one of the few who isn’t intimidated,” Click said.

Followers of Click weighed in on his comments, showing signs of confusion as to why an influential pastor is becoming so involved in a bitter GOP primary fight.

“Gary Click as a pastor, shouldn’t you be trying to diffuse this situation? As a Christian myself, I find this kind of tar and feathering to be very disturbing. Melissa Ackison is a good person. She loves America, is a inspiration to many, including myself,” an area man replied to Click’s post.